IUCN conservation status: LC low concern
Nevertheless, the population in the Heilongjiang region of Northern China is classified as vulnerable.

Description of the Ussuri brown bear

The Ussuri brown bear is known as the black grizzly, as it has a strong but darker resemblance to its American counterpart. It is smaller than its cousin, the Kamchatka brown bear. Ancestors of this large plantigrade migrated to Alaska about 100,000 years ago to form the current grizzly population. It is also called the horse bear as it is high on its legs. Its body and skull are long and straight, its fur is thick smooth, and its wide paws have long claws.

Habitat of the Ussuri brown bear

The animal is found in the Siberian Ussuri taiga, as its name indicates, on Sakhalin Island, along the banks of the Amour River, on the Korean peninsula, and in Northeast China and in Japan. In fact, five sub-populations have been identified on Hokkaido Island. It inhabits mixed forests in mountainous areas, where Asian black bears also live. But encounters between the species are rare, as they do not live at the same altitudes.

Behaviour of the Ussuri brown bear

This bear is solitary, crepuscular and nocturnal. It spends its days roaming the taiga and looking for food. The Siberian summer is short and the bear only has a few months to reproduce and build up its fat reserves.

Reproduction of the Ussuri brown bear

This species, much like its cousins, has a relatively short mating season which begins as soon as it comes out of hibernation. Males then travel long distances to find consenting females. Those still raising their young from the previous litter violently chase suitors away to prevent them from attacking their cubs. It is common for males to kill rival's cubs so that the female is willing to mate sooner. After mating the embryo is stored and only resumes development when the female's fat reserves are restored. Cubs are born naked and blind in the heart of winter in their mother's lair, where she will nurse them for several weeks. Sexual maturity is reached at the end of a period that may range from three to seven years.

Diet of the Ussuri brown bear

The animal mainly feeds on dried fruit (acorns, beechnut, seeds), berries, wild fruit, shoots, grass, tubers and roots, as well as mushrooms, small mammals and fish. It won't turn down the occasional rotting corpse or sick deer that it may fight over with wolves.

Threats to the Ussuri brown bear

The bear is mainly threatened by exploitation of the forest, hunting and poaching. In fact, although there are many organised bear hunting operations in Russia, smugglers have not stopped shooting these bears to sell their furs or organs, which are used in traditional medicine. On the other hand, in Japan, the bear's survival is threatened by famine. These bears mainly eat acorns, beechnuts and other seeds of broad-leaved trees which are exploited in large-scale operations and replaced by larch or other resinous trees that do not provide food for the animal. This pushes some bears to seek out areas with better food sources, where, obviously, they are confronted by man. Between April and September 2010, the Japanese Ministry of the Environment recorded 84 attacks against people, of which four were fatal, in the North and centre of the country.

Siberia is also the only place where one of the world's largest carnivores can become preyed on by an even bigger hunter. In fact, the Ussuri bear may occasionally cross paths with the Siberian tiger, who lives in the same habitat. Like the bear, the Siberian tiger lives in open spaces. Despite its size, the plantigrade is more vulnerable than its cousin the black bear, since it does not climb trees.

But in the end, hunting threatens to have its way with the population of Ussuri bears. Russian authorities estimate that there are between 15,000 and 30,000 specimens left. Note the precision of the number. Cruel practices are often used by hunters. Wealthy people looking for thrills pay others to take them near a bear's winter lair. The trackers force the bear out of its lethargy by filling its lair with smoke. Furious and disoriented, the bear leaves its den to escape, and then it is shot with bullets usually used to kill elephants! 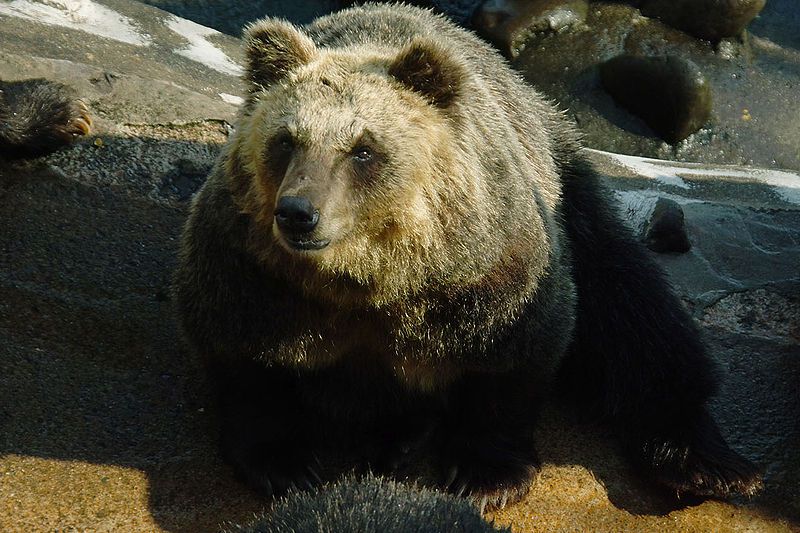