Description of the Syrian brown bear

The Syrian brown bear is the smallest subspecies of the brown bear. It has a stocky, round build. Its long haired coat varies from pale yellow to grey-brown. Some specimens have a dark brown patch on their head and a white bib. The hump of muscle behind the shoulders is not very pronounced.

Habitat of the Syrian brown bear

The territory of this animal is to the high mountain plateaus, covered with mixed forests of broad-leaved trees and resinous trees in the Caucasus, Turkey, Syria (some specimens were observed not far from Damascus), Lebanon, Iran, Iraq and Afghanistan. It has disappeared from Israel, Palestine and Jordan.

Behaviour of the Syrian brown bear

The bear is solitary outside the mating season and is mainly active during the evening or before dawn. Its activity is regulated by the search for food. Like its cousins, it builds up its fat reserves during the summer and autumn in order to hibernate peacefully.

Reproduction of the Syrian brown bear

There is little documentation on the animal's reproduction, but its habits are roughly similar to those of the Himalayan bear on the Himalayan plateaus. Rutting season lasts from spring to early summer, and cubs are born naked and blind during the winter in their mother's den. The mother raises her cubs for three years, until they are independent.

Diet of the Syrian brown bear

Mainly vegetarian, it feeds on grass, flowers, shoots, tubers, berries and fruit, but, like most of its cousins, it won't turn its nose up at small mammals, fish and, if the opportunity arises, a goat or sheep.

Threats to the Syrian brown bear

The population is in decline due to the incessant extension of human activities and poaching. Some sources mention that the subspecies is extinct, . However it seems that there are still about 150 individuals of this subspecies in the wild. The latter should be classified at least EN (endangered). 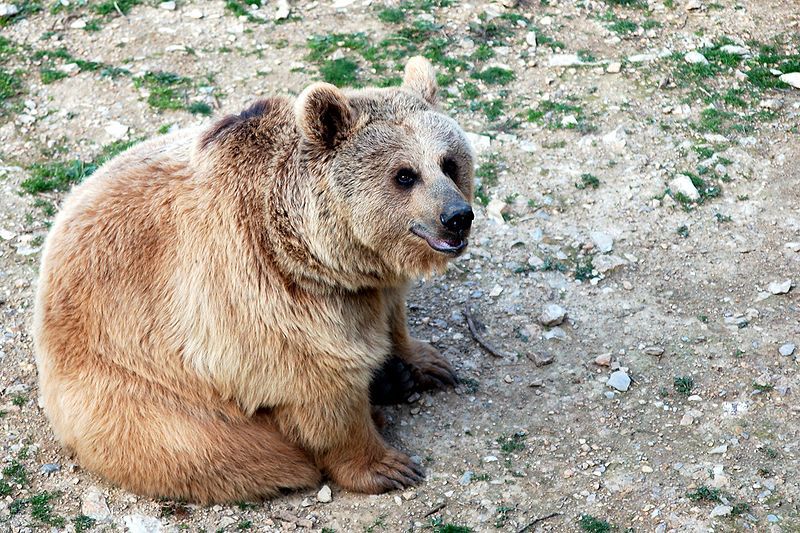