According to the French national red list, the Southwest European nase is a threatened species in France.

The Southwest European nase, or toxostome, is a species that lives in shoals along the pebbly floors of fresh water torrents where it finds most of its: microscopic algae (diatoms), filamentous algae and small invertebrates (crustaceans and molluscs). An indigenous species to the Rhone, Garonne and its tributaries, as well as the Adour, the Southwest European nase has now almost entirely disappeared from the Rhone-Saone axis and only survives in a few tributaries, which explains its " nearly threatened" status.

The development of watercourses is one of the main factors behind the species' decline. The presence of dams blocks the free circulation of the Southwest European nase when it migrates towards its laying areas. Variations in water levels, caused by the release of water by dams, destabilise the substrates where its eggs are laid and greatly disturbs its clutches. The extraction of aggregate has also been very detrimental to the species.

Furthermore, competition with the common nase over habitat seems to be in favour of the latter. The colonisation of this fish in France has also led to instances of hybridisation between the two species that can now be seen throughout a large part of the Rhone basin.

Besides its inclusion in Annex II of the European " Habitats" directive on the conservation of natural habitats and wild flora and fauna (1992), the Southwest European nase is not protected by any French regulations. It is therefore at risk of joining the ranks of threatened species in France if the causes of its decline are not eliminated. 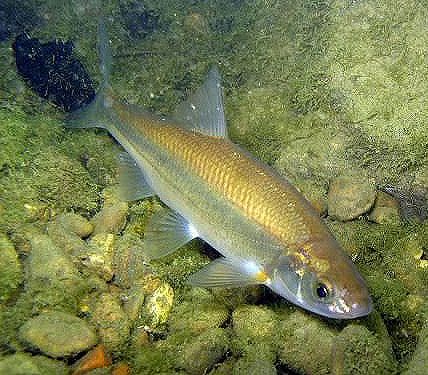