According to the French national red list, the Reunion marsh harrier is a threatened species in France.

Endemic to Reunion Island, the Reunion marsh harrier (or papangue) is the only bird of prey that breeds on the island. It is found on almost the entire territory, except at altitudes of over 2,200 metres, and mainly nests in areas located between altitudes of between 500 and 1,000 metres.

Estimated to be between 100 and 200 pairs, the size of its population is not exactly known and is currently being studied. This bird is faced with many threats and is one of the “endangered” species of Reunion Island.

The Reunion marsh harrier, a victim of man

Like all birds of prey, it is a carnivore, and sometimes a carrion feeder. Besides small birds, lizards and shrews, it most often feeds on pest species such as rats. But because of the rat poison used against these rodents, it is the victim of secondary poisoning. Furthermore, its bad reputation as a "chicken killer" means it is still the target of poaching, especially shooting even though it has been protected on Reunion Island since 1989. Collisions with MV power lines and the destruction of its habitat due to urbanisation also contribute to its dwindling numbers.

A centre to fight against its decline

Created in 1997, the care centre set up by the Reunion Island Ornithological Research Society plays an important role in the conservation of the Reunion marsh harrier. This centre helps collect and care for injured individuals or victims of poaching, before releasing them back into their natural environment>. A restoration plan for the species has also been implemented since 2008 in order to increase action to support its preservation. 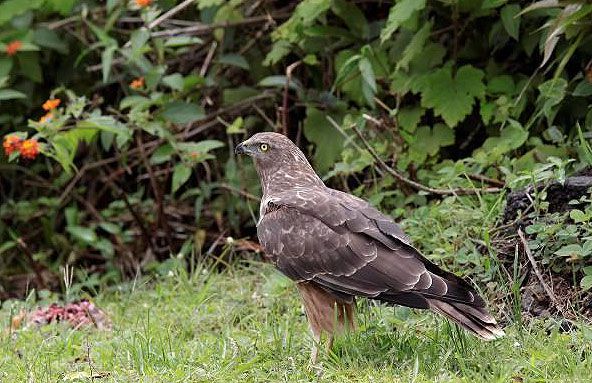