The classification of the red panda is a subject of debate among specialists. Research in molecular phylogeny places the animal in the independent family of Ailuridae. Ailuridae belongs to the super-family Musteloidae. If this research is confirmed, the red panda would be removed from the Ursidaefamily. At present, it has not yet been excluded.

Description of the red panda

The red panda, also called the lesser panda, looks like a large cat. This resemblance explains its Chinese name, which means "bear " and " cat" (both at the same time). Its thick coat is completely red except for the tips of its ears, eyebrows and cheeks, which are white, a brown stripe that crosses its nose and cheeks, and its feet which are black. Its long tail, which measures about forty centimetres, is bushy and adorned with nine yellowish white stripes. Its tip is black.

Habitat of the red panda

The red panda (of which there are two subspecies) is found in the mountainous regions of central China, as well as in the Tibetan Himalayas, Nepal, Sikkim and Bhutan. It lives in the same high altitude bamboo forests as its supposed cousin the giant panda, and easily ventures into the 4,000 metre altitude zone.

Behaviour of the red panda

During the day, the red panda remains curled into a ball on a branch or in the hollow of a tree, much like a cat. It is only active in the dark. When it descends to the ground, it moves about clumsily, with its feet turned inwards. It is naturally shy and harmless, but it may bare its teeth when it feels threatened. Its resistance to cold has surprised the few scientists who have had the chance to observe it. It is a solitary animal that only associates with others of its kind during mating season.

Reproduction of the red panda

Mating takes place between mid-May and mid-July. Gestation lasts for an average of 135 days, at the end of which the female gives birth to two cubs. Newborns are blind and do not weigh more than 100 grammes. They are barely six centimetres in size. They open their eyes after 18 days and venture out from the nest after 90 days. They remain with their mother until the next mating season. Red pandas are weaned at five months and reach sexual maturity between 18 and 20 months.

Diet of the red panda

Much like its larger cousin, the red panda essentially feeds on bamboo, but its diet also includes roots, fruit, insects, eggs and young birds.

Threats to the red panda

The red panda is not only faced with problems related to the fragmentation of its habitat, deforestation and inbreeding, but it is also a victim of poaching. The species has been on the IUCN red list since 1960. 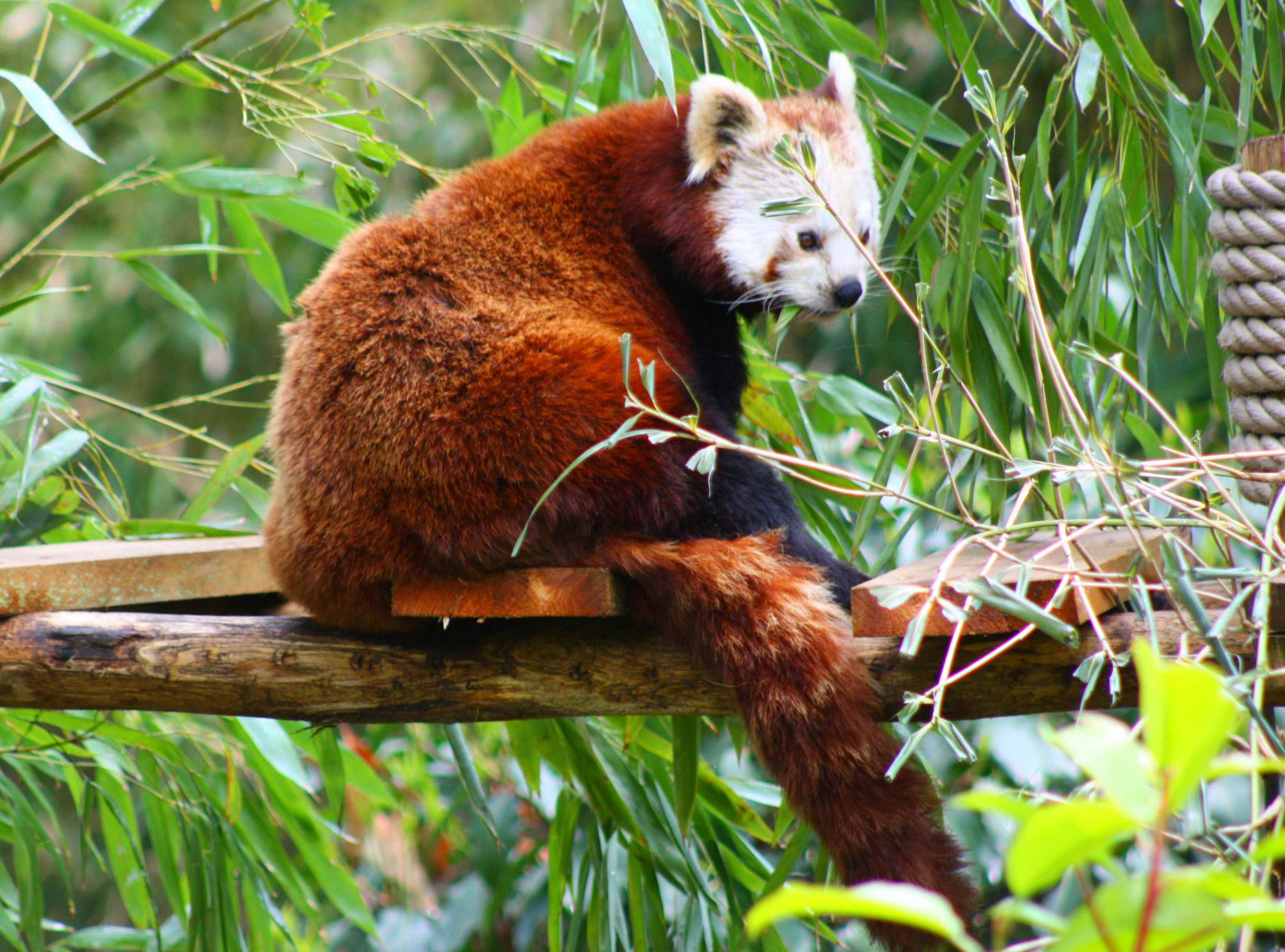