A pod is a group of cetaceans.

Most cetaceans are gregarious, meaning they form groups. This is a very simple form of social behaviour found in certain animals which gather together to migrate (which is the case for some whales), to hunt (such as killer whales), etc. 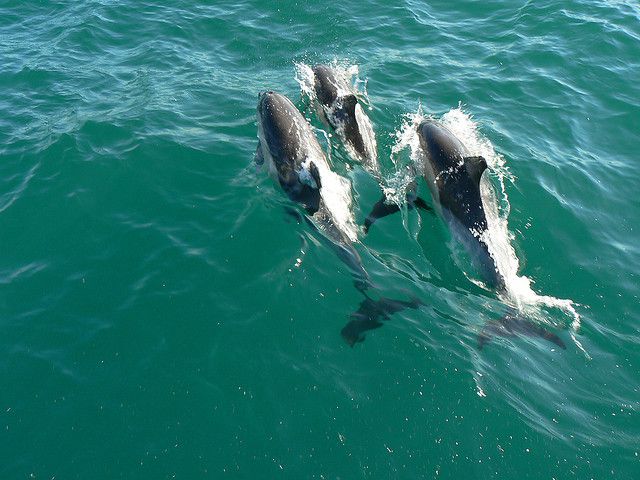 Cetaceans form pods when they gather together © amateur_photo_bore, Flickr, cc by nc nd 2.0