According to the French national red list, the pike is a threatened species in France.

Representing the largest native freshwater predatory fish in France, the pike is a species that prefers clear water with dense vegetation such as is found in shallow bodies of water or watercourses with twists and turns. Introduced into Italy and the Iberian peninsula, it is present in most of the Northern Hemisphere. It is found throughout France, the southern limit of its range, including the Southeast where it was introduced locally.

A species sensitive to floods and demanding in terms of the quality of its environment, the pike is disappearing from many water courses due to the drying out of the wetlands which are crucial for its reproduction and the growth of its young. To guarantee the survival of its offspring, it prefers flooded meadows, marshes and oxbow lakes, where the water level remains constant for at least 40 consecutive days during floods. Now, agricultural drainage and the levelling of hedges have created shorter flood periods in these wetlands, and the embankment of watercourses prevents river branches from connecting with the floodplain.

Furthermore, water pollution and over-fishing, as well as the presence of dams, block its breeding migration and contribute to the vulnerability of this species.

These factors explain the continuous decline in its population over the last few years. Although it can be the subject of local protection measures under an environmental protection order, in France the pike is still confronted with the destruction, alteration and deterioration of its breeding grounds.

Paradoxically, the species is considered undesirable in French category 1st watercourses in which the predominant fish population is composed of Salmonidae. This is a problem in terms of its conservation. Management plans have been implemented for many watercourses especially concerning the restoration of major breeding sites by creating natural spawning grounds. 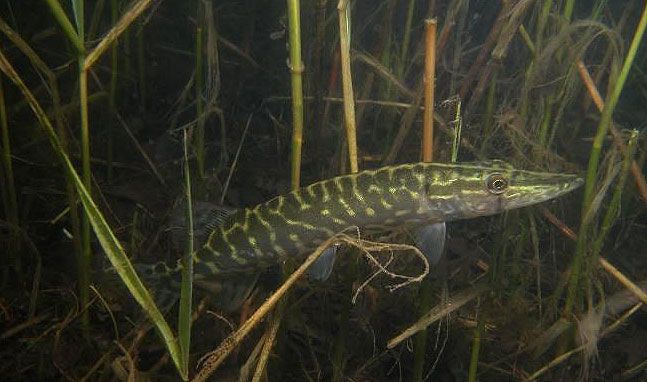