According to the French National Red List, the Mauritius parakeet is a threatened species in France.

This parakeet has green plumage. In males, its neck is marked with a red and black collar. The species is endemic to the Mascarenes. In the past, two subspecies were present in the archipelago. The subspecies were slightly different in terms of their morphology: Psittacula eques echo, only found in Mauritius, and Psittacula eques eques which was only found on Reunion Island before it disappeared.

National Red List Category; disappeared on the regional level (RE)

Observed for the last time on Reunion Island around 1732, the Mauritius parakeet today lives only on Mauritius, where it was saved in extremis thanks to major conservation efforts made by the Mauritian Wildlife Foundation and the Mauritian authorities. A programme to raise parakeets in captivity and release them in the Black River National Park effectively saved the species from immediate extinction. However, it remains classified as “Endangered" on the international Red List, due to the number of specimens, which is still low, estimated at less than 250 adults, and its very restricted area of distribution.

A reintroduction project for the Mauritius parakeet in Mauritius

In order to re-establish the species on Reunion Island and increase its chances of protection throughout the Mascarenes, a reintroduction project may be undertaken for populations on Mauritius. This project, previously identified as a priority by Mauritian organisations and the Reunion Society for Ornithological Research, should be included in a wider programme covering the restoration of its original habitat. Before implementing this kind of project, and before deciding on a possible reintroduction, it will be necessary to organise a major consultation in order to assess local acceptance, question national authorities and make detailed prior studies in order to ensure its chances for success. 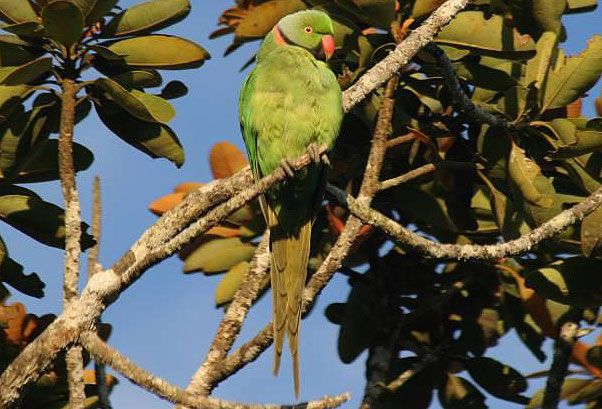