According to the French National Red List, the Mascarene petrel is an endangered species in France.

The Mascarene petrel is one of the rarest seabirds in the world, and the most enigmatic of birds currently found on Reunion Island. Like the Barau petrel, this species is endemic to the island and nests high up in the mountains, but the exact location of its nesting sites remains unknown. Despite the efforts of research campaigns and the multiplication of areas prospected over the last few years, to date its colonies have still not been located.

Estimated at less than 50 couples, the population of the Mascarene petrel continues to decline inexorably. Introduced animals, such as rats and feral cats, are dangerous predators of the species. In particular, rats prey on eggs and young in the burrows, and feral cats also prey on adults. In addition, as is the case for the Barau petrel, lighting in urban areas disorients these nocturnal birds as they fly towards the sea, causing them to crash in inhabited areas. Incapable of taking off again, the birds generally do not survive after crashing.

Faced with the critical situation of the Mascarene petrel, mobilisation has been organised to try and save the species fromextinction. A rescue network has been set up by the Reunion Island Ornithological Research Society to recover, care for and release birds that have crashed. At the same time, an awareness raising campaign has been launched to encourage communities to reduce nocturnal lighting and thus reduce the number of birds that crash during flight. A conservation plan is currently being drafted to initiate other studies and to launch a new series of conservation activities to support the species' survival. 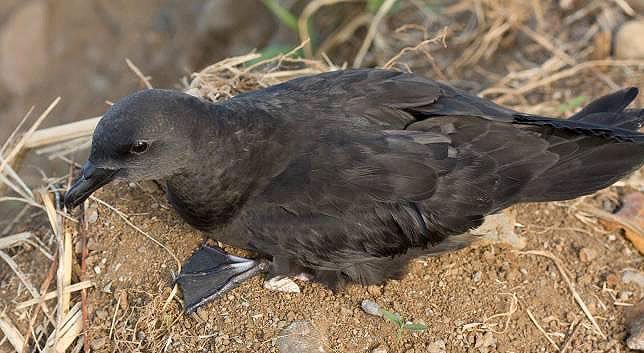