According to the French national red list, the Koua river prawn is a threatened species in France.

The Koua river prawn is a species found in all of the rivers of Reunion Island, where it is found at altitudes of up to 600 metres. Like other freshwater crustaceans of Reunion Island, this is an amphidromic migratory species: adults live and reproduce in rivers, then the larvae migrate to the sea to grow before returning to fresh water to finish their development. This species therefore needs both a freshwater environment and a marine environment to complete its biological cycle.

Hindrances to the species' free movement between these two environments, caused by the presence of physical obstacles such as dams, represent a threat to the development of these populations. The development of watercourses, such as recalibration or channelisation, cause the deterioration of its reproductive areas near the mouths of rivers and of its nursery areas.

This species, however widespread in the Indo-Pacific region, appears to be isolated on Reunion Island: recent studies have shown that the population flows towards the island are almost non-existent. Due to the major anthropisation of the freshwater environments of Reunion Island, the population of the Koua river prawn has undergone a major decline over the last thirty years, which is why it is classified in the “vulnerable” category. 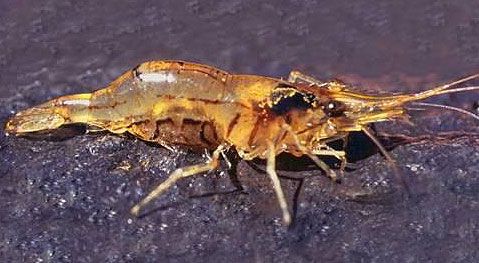