Insular gigantism is a phenomenon that can occur when an animal species is found on an island, in the absence of predators.

When an environment fragments leading to the formation of islands, individuals of the same species are found scattered over the different islands that are formed. They thus create sub-populations called metapopulations. If one of them is found in an ecosystem where none of its predators live, it will not be subject to any selection pressure caused by predation.

Insular gigantism: the role of predators

When predators are present large individuals are unable to hide easily and are therefore often found and killed. They therefore do not transmit their genes to their offspring.

In the absence of predators, on the other hand, large individuals are as free as small individuals. But the large size gives higher reproductive success. Thus over the course of time this characteristic tends to persist in the population, leading to the phenomenon of insular gigantism.

The opposite phenomenon is called insular dwarfism. 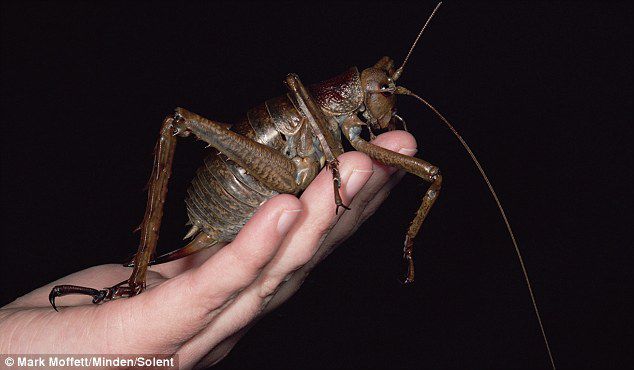 The giant weta, found on the island of New Zealand, owes its large size to insular gigantism. © Mark Moffett/Minden/Solent