According to the French national red list, hemicordulia atrovirens is a threatened species in France.

This dragonfly is endemic to Reunion Island and is mainly a forest-dwelling species. It lives hidden in the forest at low altitudes, although it can be spotted in open areas when the sky is cloudy. Above altitudes of 800 metres, it can be found in more open environments even if the presence of nearby forest cover remains important.

Females lay their eggs in watercourses where the larvae grow. These watercourses are generally located in forest environments at low and mid altitudes, and in more open environments at altitudes of over 1,000 metres. It would seem that adults emerge all year round at low and mid altitudes, whereas at altitudes over 1,000 metres this occurs mainly in December, i.e. at the height of the southern summer.

The forest environments inhabited by hemicordulia atrovirens are in major decline on Reunion Island. The decrease of forest cover linked to increasingly dense urbanisation causes the fragmentation of the species' habitat and makes it difficult for adults to move between the areas in question. The rectification of temporary river beds, when it involves a reduction in the number of pools, is detrimental to the development of its larvae. In trout zones, this imported fish is likely to eat its larvae. All of these threats explain why the species is classified as “nearly threatened” on Reunion Island. 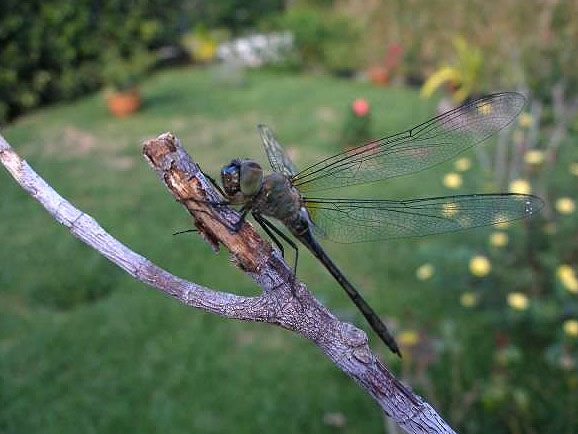