Gastrulation is an early stage of an animal's embryonic development. During this stage, theembryo is called a gastrula. Important cellular movements create three layers (fundamental tissues of the embryo) :

Spherical until then, the embryo folds inwards to form a new inner cavity (in addition to the pre-existing blastocele) : the archenteron, which will later turn into the digestive tube. At the end of this stage, the gastrula adopts the animal's characteristic symmetry (bilateral, for example). 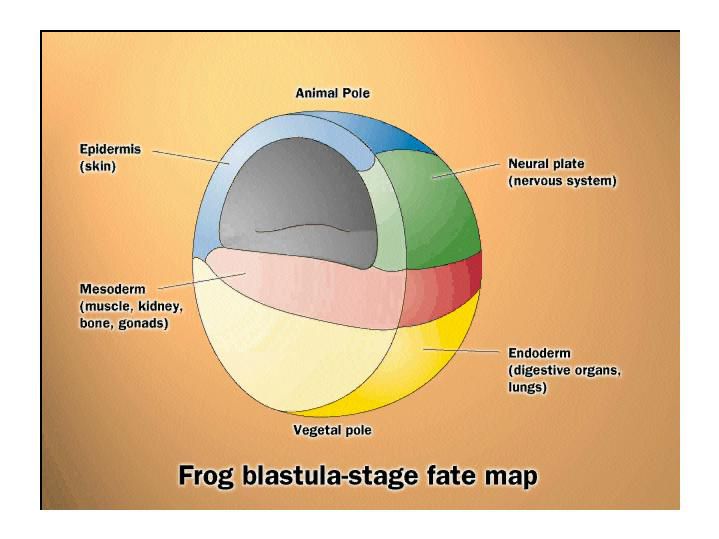 During gastrulation (here, a frog gastrula), a massive reorganisation of cells creates the first two layers, the ectoderm and the endoderm. The former will turn into the skin and the nervous system, and the latter the digestive system and lungs. A third layer, the mesoderm, appears which will become the internal organs. The embryo loses its spherical symmetry. © Life: The Science of Biology, Purves et al., 1998