A species is extinct when it has completely disappeared.

However, some researchers believe that a new phase of extinction, the sixth, began about 100,000 years ago.

As proof, today an average of one bird species and one mammal species disappears every year. As these two groups respectively include 10,000 and 5,000 species, this would mean that by simplifying the calculations, the lifespan of a vertebrate species is about 10,000 years, while we know that the lifespan of a fossil species is estimated to be several million years! 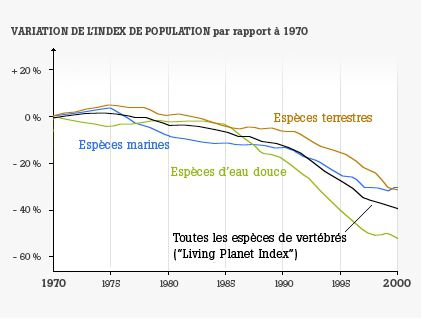