According to the French national red list the endemic stick insect is a threatened species in France.

The endemic stick insect is an endemic species to Reunion Island. It was only discovered in 2000. Wingless and strictly nocturnal, this insect, which is pale green during the juvenile stage and brownish-red at the adult age, is dependent upon the Barbel palm (Acanthophoenix rubra) which is both a source of food and a host for clutches of eggs and growing offspring.

Today, however, this palm tree found in the primary forest of Reunion Island is at risk of disappearing in the wild due to poachers that target the heart of its terminal bud, or heart of palm, which is widely sought after for its delicate flavour. Today the Barbel palm only grows on the island on plantations.

The endemic stick insect is therefore “critically endangered” due to the rarefaction of its host plant in forest regions where the palm trees are few and far between. This fragmentation of the species' habitat prevents the continued existence of sufficiently large local populations of stick insects and sufficient exchanges of individuals between them. Furthermore, palm kernel cultivation, although it may preserve the plant, does not create a suitable replacement habitat, for the insect which prefers palm trees located in the undergrowth or on the edge of forests. Any action to support the endemic stick insect must therefore be implemented through the restoration of the palm tree in its natural environment. 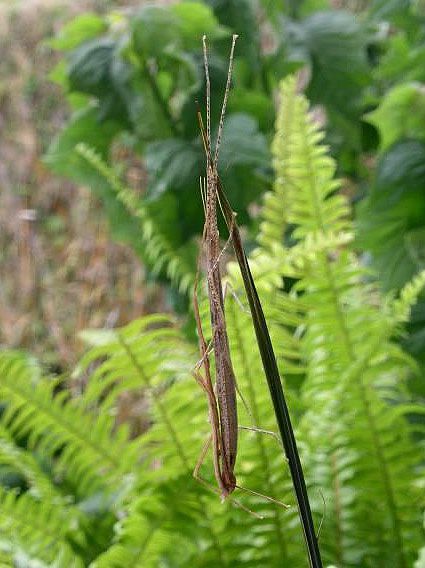