Emergence, to emerge: from the Latin word emergere : to come out of water, liquid, a system, a fluid.

In the figurative sense: the sudden appearance of an idea, of a social, economic or political event.

The term emergence is used in several fields.

To come out of an environment, a wave, a particle. Emergence point: the point through which a ray of light leaves an environment that it has travelled through.

The term emergence is used when a butterfly leaves its chrysalis. The term hatching is used instead when talking about the caterpillar - or the larva that comes out of its egg.

Sudden arrival, appearance: the emergence of an illness.

Emerging land, land that is uncovered at low tide.

The emerging year, the year form which time, a period, and era is counted.

Emerging crystal, a crystal composed of six rhomboid prisms, of which five tend to produce a single prism, the sixth seems to come out of this combination by creating re-entrant angles with the two adjacent prisms. 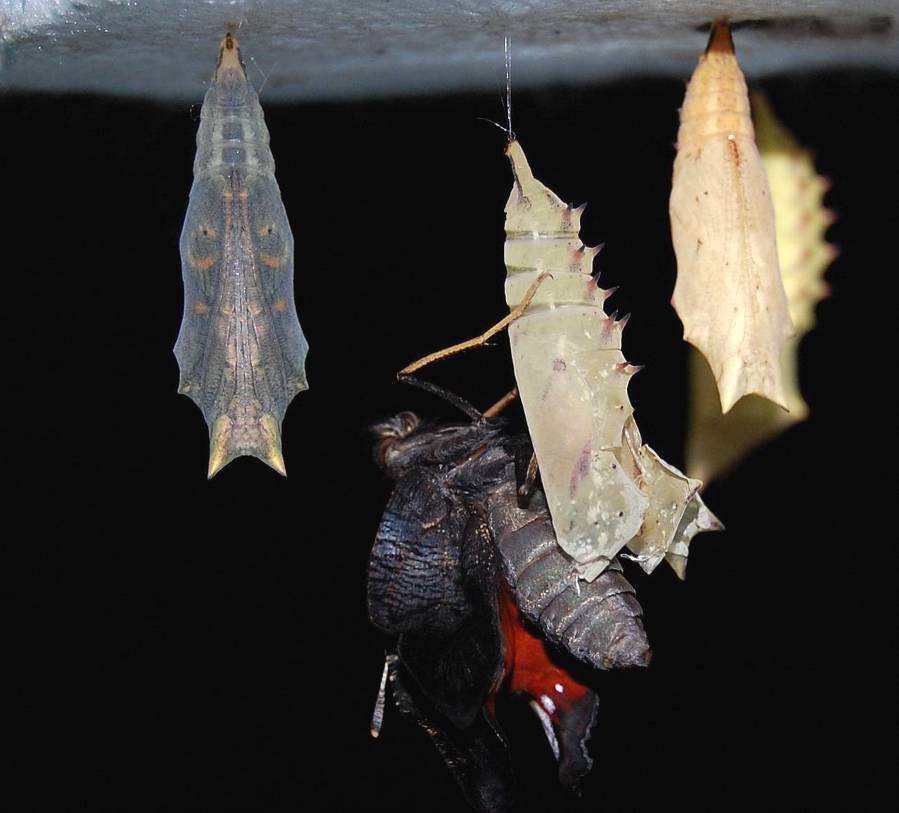 The emergence of a butterfly. © Bernard Schmeltz