Coprophagy is a diet based on the consumption of faecal matter.

Although some mammals, such as dogs, are sometimes coprophagous, this diet is nevertheless more common in insects and more particularly Diptera (a few flies in particular) and Coleoptera.

The most well known coprophages are undoubtedly dung beetles, which include several Coleoptera species in the Scarabaeoidea superfamily. It is not rare to see these insects pushing balls of excrement.

Scathophaga stercorariais the most well known representative of the "dung fly ", often seen flying around cow pats, although it is not actually a strict coprophage. The male does not feed on faecal matter. The female little. However, she lays her eggs in it and the carnivorous larvae feed on other larvae found in the cow dung. 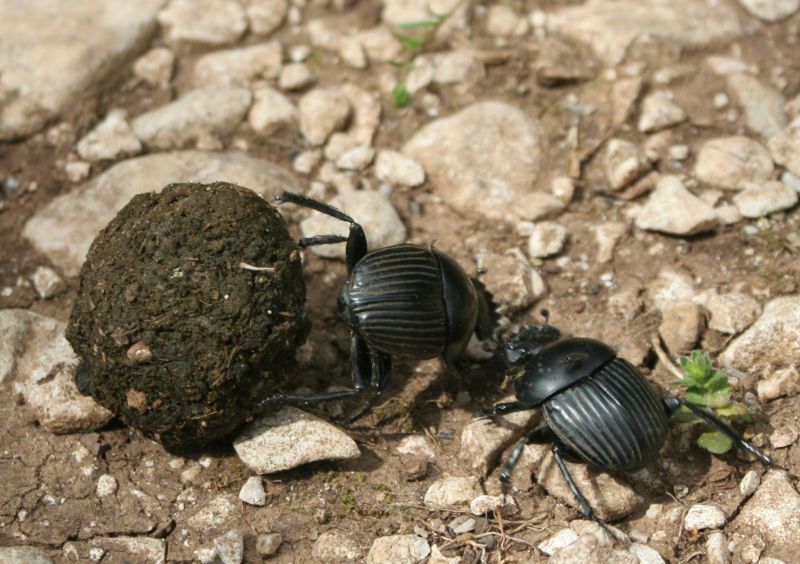 The dung beetle is a coprophagous beetle. © Rafael Brix, Wikipedia, cc by sa 3.0