Cephalopods (from the Greek words képhalé, head and podos, foot) are a class of invertebrate animals that belong to the Mollusca phylum.

According to the Tree of Life Project, there are two groups of living Cephalopods (Nautiloids and Coleoidea) and three groups that have since disappeared (Endocerida, Actinocerida and Ammonoides).

Nautiloids represent the largest group, with around 700 species including squid, cuttlefish, octopus and vampire squid.

An octopus uses a coconut shell for protection. © BBC

Cephalopods appeared during the late Cambrian, around 500 million years ago.

The anatomy of a Cephalopod is distinguished by:

Cephalopods are also known for their intelligence. The octopus has notably been filmed in the process of opening a jar or protecting itself by using a coconut shell (see the video above). 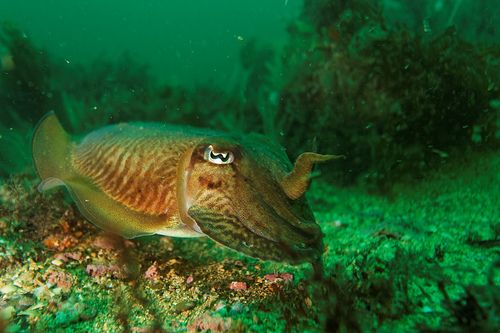