Byssus (from the Greek bussons, "fine flax") describes all the filaments used by certain bivalve molluscs, such as the mussel, to attach themselves to a surface. These protein-based fibres are synthesised by the byssus gland.

Like many materials produced by living organisms, byssus has interesting properties, such as high resistance to wear and a high stretching capacity. It is certainly for these properties that, from ancient times until the mid 20th century, these fibres were harvested from the noble pen shell (Pinna nobilis) to weave luxury garments! 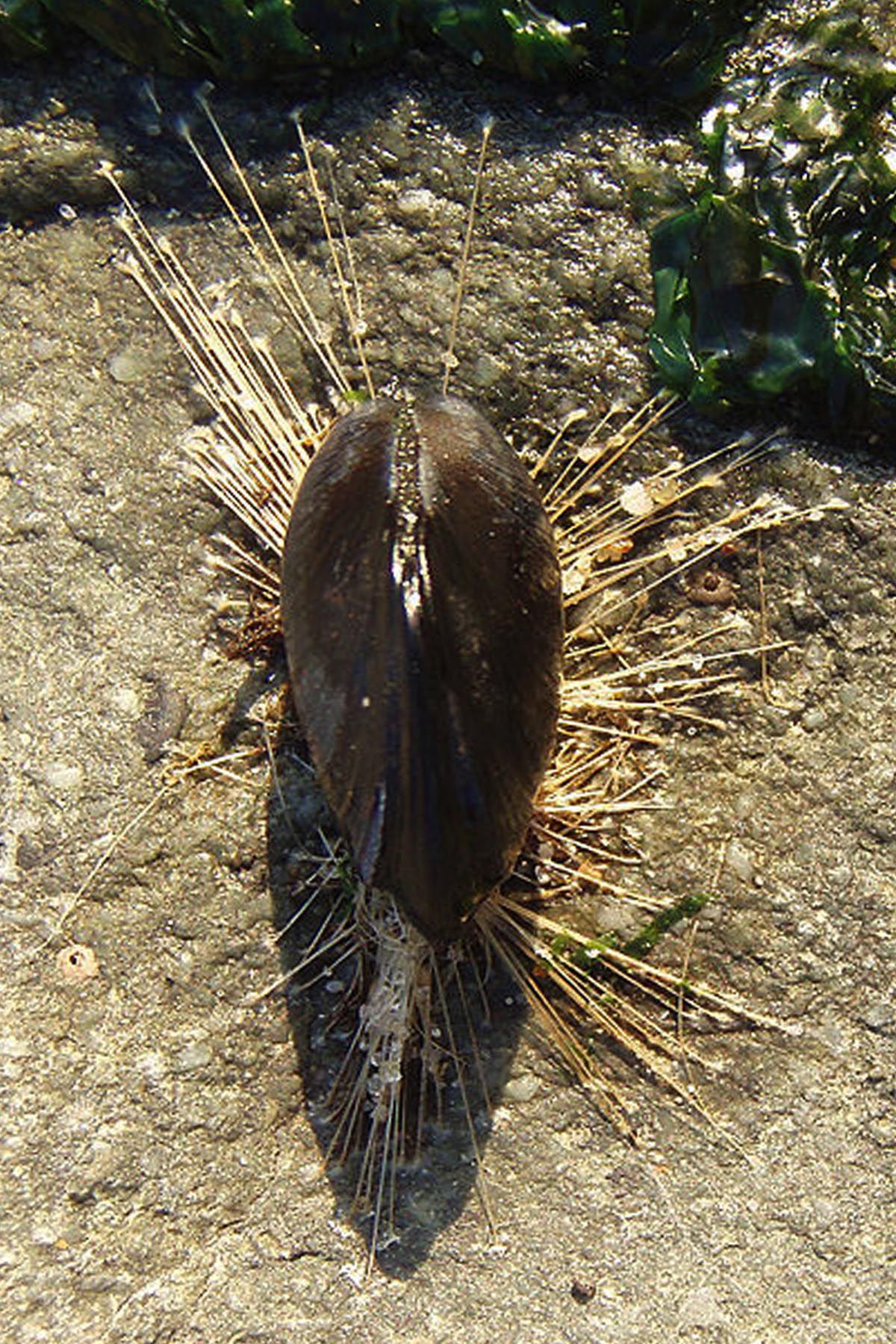 A mussel attached to a rock by several filaments, the byssus. © Mila-Zinkova-Wikipedia-CC-by-sa-30.jpg