Batesian mimicry is a form of mimicry in which a harmless species imitates another harmful species (toxicity, unpleasant taste, etc.).

Use of Batesian mimicry

This form of mimicry also protects the harmless species from predators that have learned at their expense to associate the imitated species with a bad experience.

Thus, Batesian mimicry is only effective if there are fewer mimics than the harmful dangerous models. 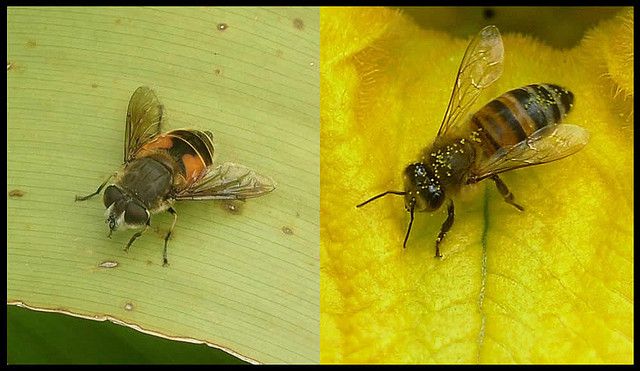 An example of Batesian mimicry: the hoverfly (Diptera) on the left adopts the same colouring as the bee, on the right. It thus takes advantage of the fear inspired by the bee's sting, without having one itself. © Edwin Bellota CC by-nc-sa 2.0