A volcano is a hole in the Earth's crust through which lava (composed of magma), gases (e.g. sulphur dioxide, carbon dioxide, nitrogen) and ash escape during eruptions.

The study of volcanoes is called vulcanology or volcanology. Volcanic activity is one of the signs of the internal activity of the Earth resulting from the energy stored within (See volcanism).

On Earth, there are around 600 active volcanoes on the continents, and 1300 if ocean bed volcanoes are included. The biggest volcano in the solar system is Olympus Mons on Mars. Some volcanoes are considered to be extinct, others are dormant and may become active again.

Traditionally, volcanoes are classified according to their shape:

- Hawaiian volcanoes (from Hawaii), very flat, from which only a very liquid lava escapes by effusion;

- Strombolian volcanoes (from Stromboli in Italy), with pointed cones formed by an accumulation of debris and lava flows;

- Vulcanian volcanoes (from Vulcano in Italy), formed by accumulation of explosive debris;

- Peléan volcanoes (from Mount Pelée in Martinique), with very viscous lava that tends to form spines rising across the fissures from previous extrusions. Under the pressure of gases, their eruption causes pyroclastic flow, or the ejection of molten dust;

The shape of a volcano as a whole (size and slopes of the cone and of the crater) is the result of the accumulation of material emitted during eruptions, and especially depends on the properties of the lava and the internal pressure conditions, which may change during volcanic activity. Small variations in lava composition can result in widely different properties, especially viscosity. Volcanic eruptions can be explosive when the pressure exerted by the gases ejects more or less solidified fragments of magma with ash and scoria.

Volcanic activity is extremely difficult to predict; little data is available to study volcanoes because of the disproportion between the average time between two eruptions and the human life span. Research is being carried out on estimating the reserves of magma held at depth (at around 10 km below the surface) and which flow through various fissures, seams and channels. The consequences of an explosion depend on the size of magma reservoirs. Emissions of gas and other warning signs of rising magma can be used by active volcano surveillance networks.

A study of outcrops from old extinct and eroded volcanic systems also provides information on the mechanisms involved during periods of activity. 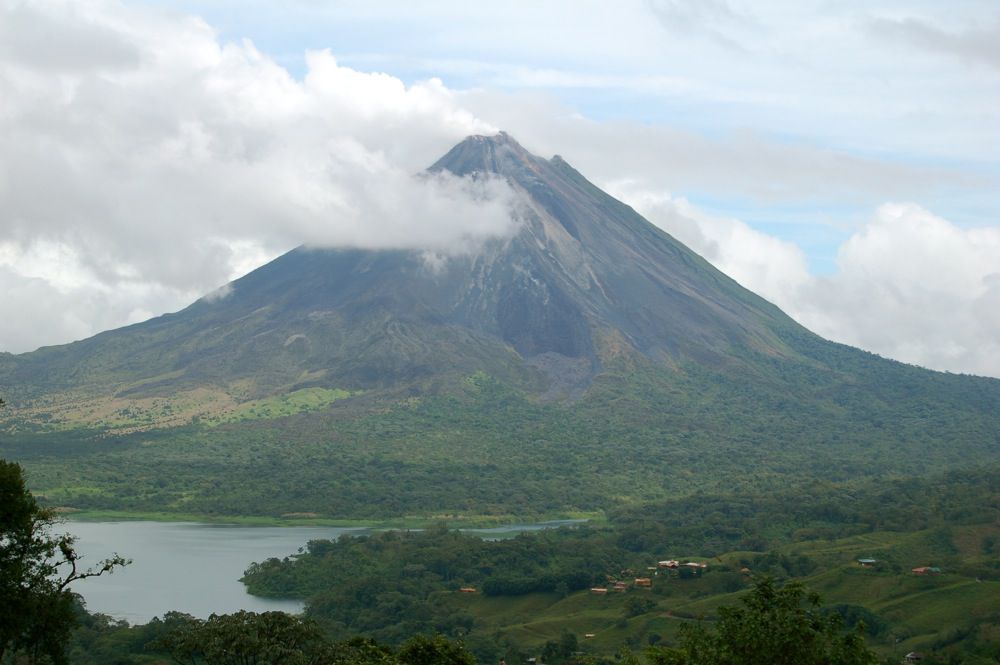