A Stratovolcano is a large volcanic edifice built up (over at least several thousands of years) by the accumulation of lava flows and layers of ash as eruptions occur.

A stratovolcano is a volcano of the explosive type, with its characteristically very steep sides, and a dome at its summit composed of very viscous lava and filled with gas.

Etna, in Sicily, Kilimanjaro, in Tanzania, and Merapi, on the island of Java (Indonesia) are examples of stratovolcanoes. 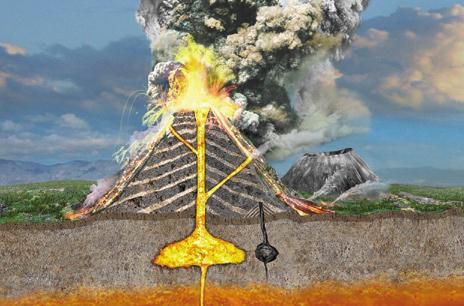