A pyroclastic surge is a relatively dense high temperature mixture (several hundred degrees Celsius) of volcanic gases, water vapour and solid particles (fragments of lava, scoria, pumice, rock etc.), which flows at high speed (several hundred km/h at first) next to the ground, highly influenced by gravity and guided by topography with a largely laminar flow. This type of flow is often the result of the collapse of a volcanic plume.

Pyroclastic surge is one of the two main explosive regimes, the other being the plinian spine. In this case, the spine cannot contain large amounts of air: the mixture stays heavier than air, only rising a few kilometres over the erupting mouth, eventually falling to the ground, adding to dense flows of fragments and gas hurtling down the slopes of the volcano.

Pyroclastic surges are much more dangerous than plinian spines. The volcanic mixture is concentrated and channelled by the valleys: it flows at high speed at heights that can reach hundreds of metres, devastating everything in its passage.

Although these two regimes are well defined, things are more complicated in practice. Eruptions sometimes change from one type to the other (like the famous eruption of Vesuvius in the year 79 AD) and are often in an intermediate regime with the two types of flow co-existing. This is what makes these eruptions particularly dangerous ... 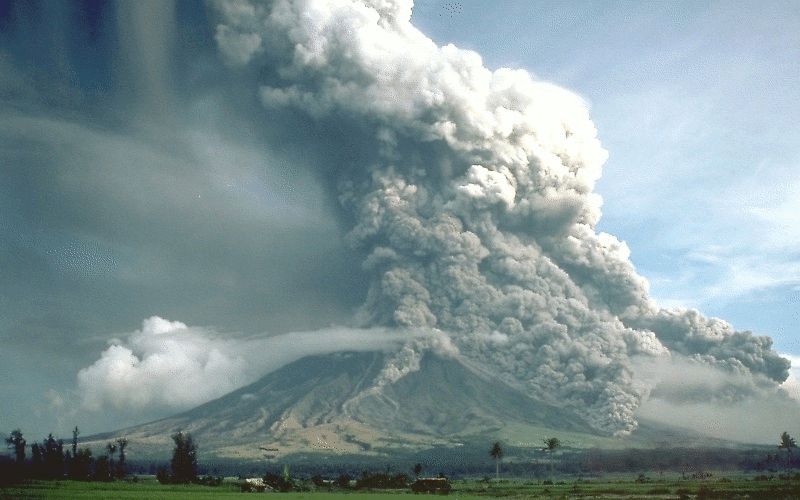