PSP - PlayStation Portable: a new games console from Sony. PSP is much more than a mere games console; among other things, it allows you to listen to and store mp3 and to watch videos. It also has a WiFi feature for network play or surfing on the internet.

PSP is equipped with a 333 MHz processor that also includes the graphic part, the sound and a 4 MB memory. This chip is based on MIPS R4000 architecture. There is also a 166 MHz reconfigurable kernel known as VME (Virtual Mobile Engine). Aficionados particularly appreciate the 4.3 inch colour screen that accompanies all this. For storage the PSP uses 1.8 GB UMD (Universal Media Disc) drives and also has a Memory Stick Duo player. It weighs 260 grams and has an autonomy of 3-4 hours, depending on how it is used. 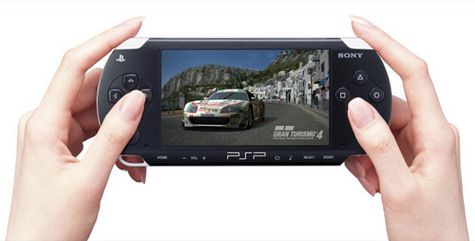