While not as powerful as the Microsoft and Sony consoles, the Nintendo console, initially called "Revolution" and later changed to Wii, boasts compactness and backwards compatibility with all Nintendo games.

It uses IBM processors, an ATI graphics card and 512 MB of flash memory. The Wii reads 12 cm optical disks, has 2 USB 2.0 ports, SD cards and has WiFi technology. The console also reads 8 and 12 cm DVDs with an added drive fitted.

Online playing is possible with the Wii, and games can be downloaded from the Nintendo WiFi Connection portal which opened in January 2006. The Wii revolution also has wireless joysticks which the user can operate to make their character move about. 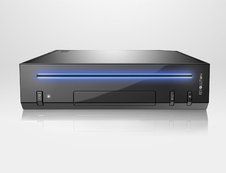