Variable Specific Impulse Magnetoplasma Rocket - Principle of a space vehicle engine in which the specific impulse can be controlled, designed by the physicist and astronaut Franklin Chang-Diaz.

Similar to an ionic engine and a Magneto Plasma Dynamic engine (MPD), it accelerates ions and ejects them at high speed. In a VASIMIR nozzle the initial gases (hydrogen or helium) are ionised by microwaves producing a plasma (a mixture of ions and electrons). This plasma is confined by a magnetic field so that all contact with the walls is avoided, and is heated to a very high temperature (around ten million degrees). The very hot ions are accelerated by an electric field.

The absence of contact is an advantage compared to ionic and MPD engines because corrosion from contact of the plasma with exposed surfaces is greatly reduced.

A working engine remains to be designed. In November 2010, long duration, full power firing tests were carried out using the engine. 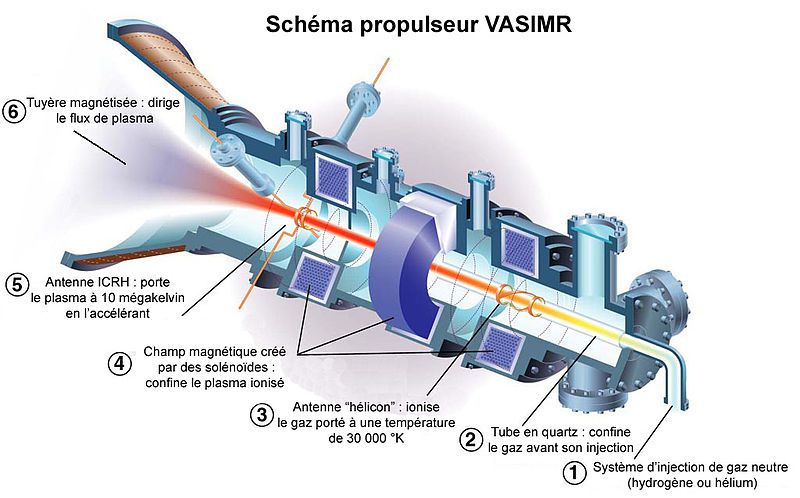