The ULYSSES probe is a joint ESA and NASA mission, devoted to the in situ study of turbulence in the solar wind, especially outside the ecliptic plane. Its instruments were designed and manufactured by European and American scientists. Several European laboratories took part in the development of Ulysses. The ULYSSES probe was launched on board the space shuttle Discovery from Cape Canaveral, USA, on 6 October 1990. The objective of the ULYSSES is to:

The ULYSSES probe is equipped with twelve instruments: 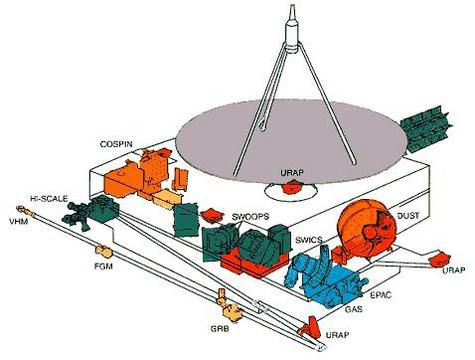