The Swift space observatory, launched in November 2004 by a Delta II rocket from Cape Canaveral, is an international project between the United States, Italy and NASA.

It was specially devised to observe and study the mysterious gamma ray bursts (GRB) in the visible, gamma and X-ray spectra. These GRB are a highly energetic and very brief (usually less than a second to several minutes) cosmic phenomenon, of which it should determine the origin and real nature.

Swift is also used to study the appearance of distant supernovae in other galaxies, and finally, it is to produce a very detailed X-ray map of the sky.

Link to the NASA SWIFT site. 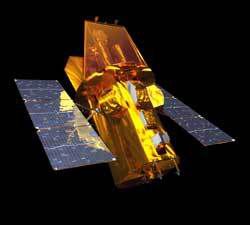