Stars are dense gaseous spheres held together by their own gravity: the gravitational forces which tend to make the gaseous ionised mass (called plasma) of which they are composed collapse in on itself, are balanced by the internal pressure due to the thermal agitation of this plasma. What differentiates stars from planets is the considerable energy produced at the heart of stars. It originates in nuclear fusion reactions, especially of hydrogen producing helium. Other elements are formed, up to iron, in this stellar nucleosynthesis process. The Sun is the nearest star; it radiates energy to the Earth.

In the universe, stars tend to group together in clusters and galaxies. 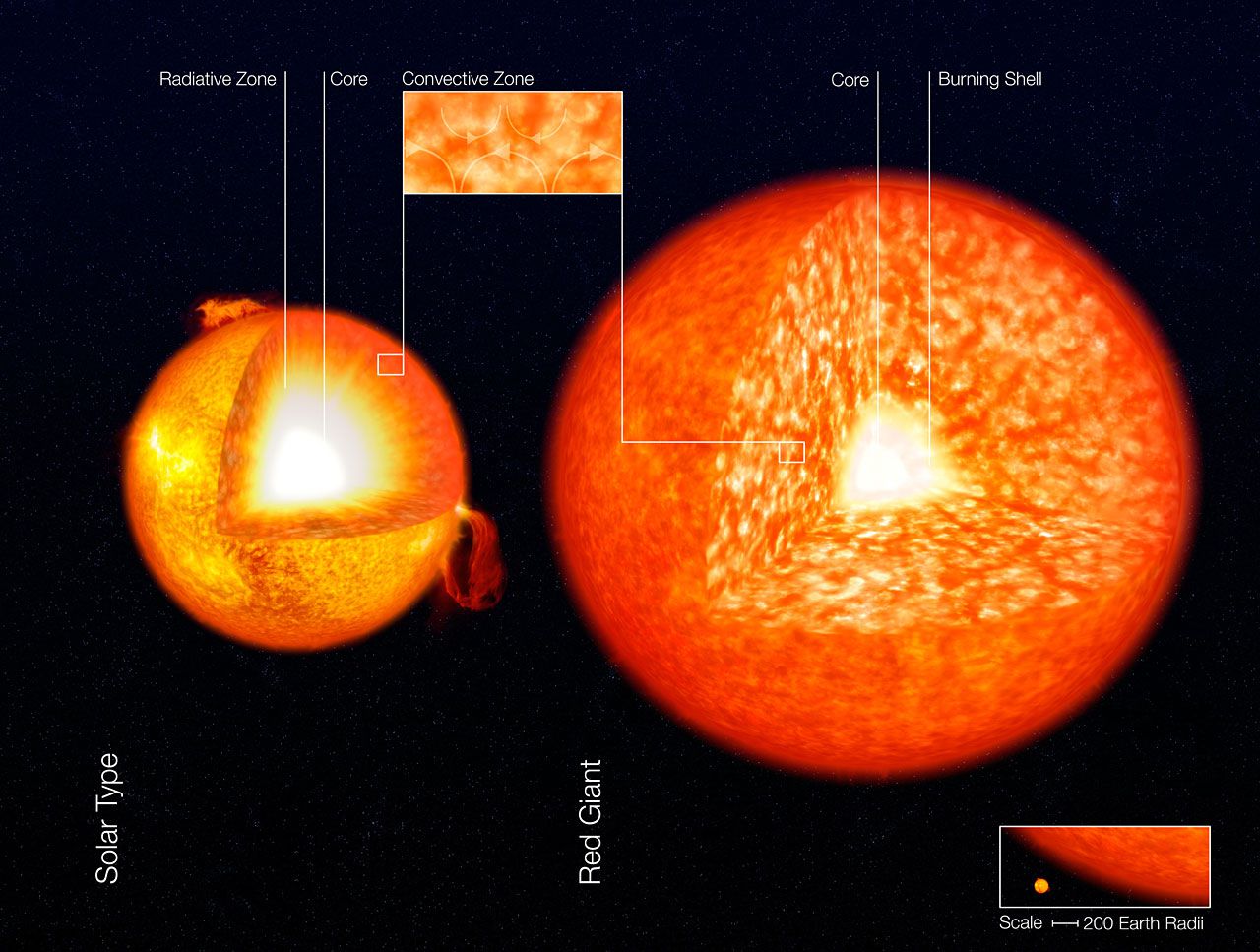