Soyuz is the name of a series of Russian space vessels used for manned flights since 1967. In low Earth orbit, they sent cosmonauts to the Salyut space station (in the 1970s) and then Mir (in the 1990s) The Soyuz are now used to transport astronauts to the International Space Station.

Historically, the Soyuz launcher went through three versions opening the way to new opportunities for commercial missions but without sacrificing the reliability that the Soyuz system guaranteed.

The launch on October 21, 2011 was historic: the first Soyuz lift-off on a site other than Baikonur in Kazakhstan or Plesetsk in Russia.

French Guiana is much closer to the equator, and so each launch benefits from the rotation of the Earth, increasing the payload capacity to the geostationary orbit from 1.7 to 3 tonnes. As a medium class launcher, Soyuz completes the Ariane and Vega offer to increase the flexibility and competitiveness of the European launcher family. Each triple-stage launcher is assembled horizontally in the customary Russian way, then transferred to the launch area and erected vertically before the payload is hoisted inside the new mobile gantry that also provides protection for the satellites and the launcher in the humid tropical environment.

The launcher is a Soyuz ST-B – the most powerful of the two configurations of the modernised version of the Soyuz ST used by Arianespace since the CSG – with two Fregat MT re-ignitable upper stages. 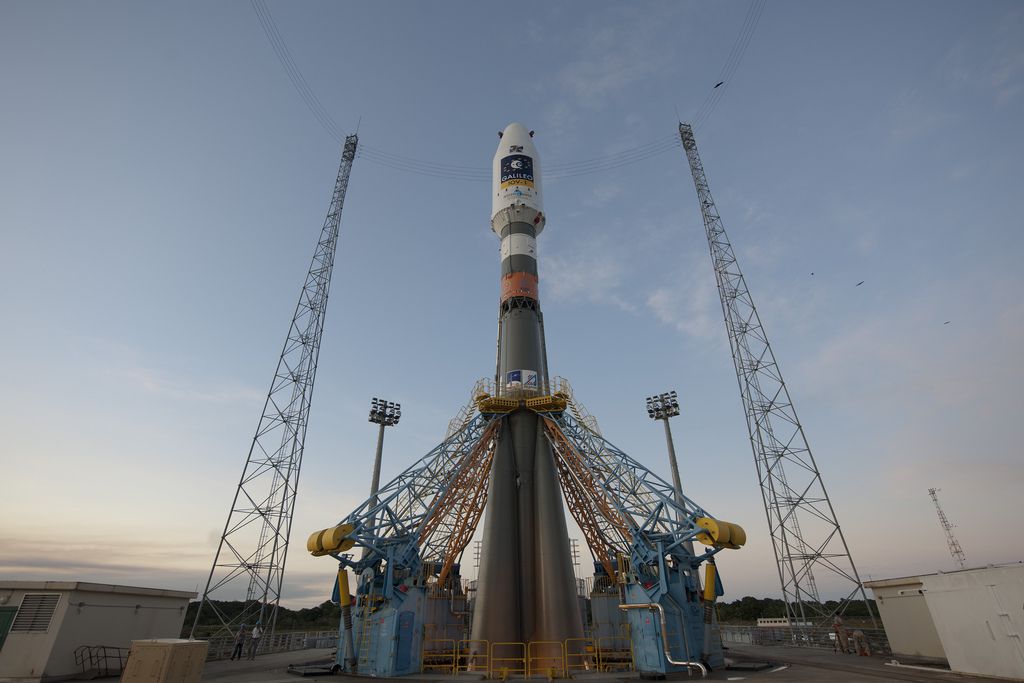 A Soyuz ST-B launcher on the Guyana launch pad, a few days before the launch of the first two operational Galileo satellites. © Esa - S. Corvaja, 2011