Shelved, then officially relaunched on 4 July 2007, SOFIA consists of a 2.5 metre diameter 22.7 tonne telescope on board a modified Boeing 747. This aircraft should fly at an altitude of 13 kilometres above the water vapour in the lower layers of the atmosphere that blocks infrared radiation, and will take detailed infrared photos of certain regions of space.

The main objectives of the mission are to make a detailed study of the formation of planets, the origin of complex molecules in space, how galaxies evolve in time and the nature of the black holes sitting at their centre. 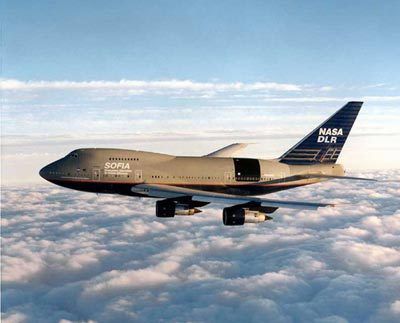