Sedna is a planetoid, "the largest trans-Neptunian after Pluto" according to its discoverers.

Sedna was found by astronomers from the California Institute of Technology in 2004.

It is three times further from the Sun than Pluto, at the current limit of the solar system. 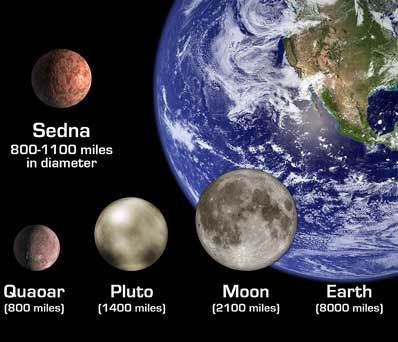 The size of Sedna compared with other stars