The Pleiades cluster is a group of stars in the constellation of Taurus. It is also called M45, being the 45th object to be discovered by the astronomer Messier who created a catalogue listing all his discoveries.

In Greek mythology, the Pleiades are the 7 daughters of Atlas and Pleione.

In 750 BC, Homer mentioned this fine star cluster in which from 6 to 12 stars can be seen with the naked eye depending on the quality of the night sky. This cluster contains at least 500 stars (most of them very dim) that can be seen through a telescope, over an area of 2 degrees, i.e. 4 times the size of the Full Moon!

The age of the cluster is estimated to be 100 million years; in that time, the stars have moved far enough apart from each other to follow independent orbits.

With a large telescope (and on photographs) nebulosities can be seen around some bright stars in the cluster: this is dust in a molecular cloud crossing the path of the cluster.

Located in the constellation of Taurus, MESSIER 45 is doubtless the most spectacular celestial object that can be observed with a pair of binoculars. 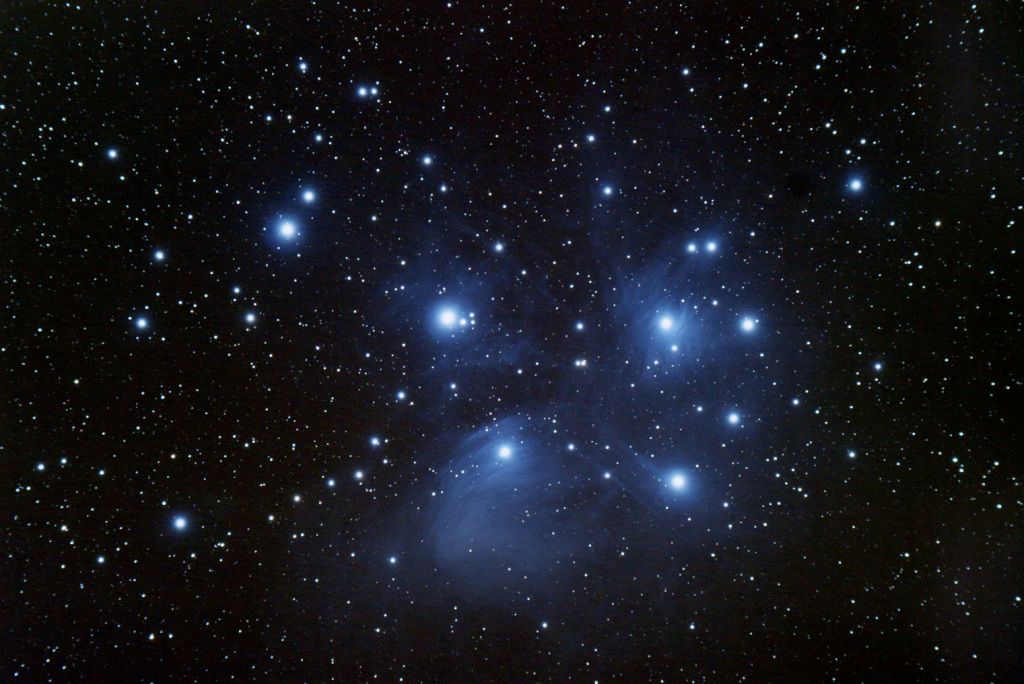 Vincent Becker took this picture using a digital camera fitted to an 80 mm astronomical telescope used as a telephoto lens, with an exposure time of 2 hours.