Phobos-Grunt was a Russian mission consisting in sending a capsule towards Mars. It was to analyse the Martian surface and bring samples of its satellite Phobos back to Earth.

The idea for this mission dates back to 1990, but it was postponed several times. The final launch was on 8 November 2011, but after technical problems the craft re-entered the atmosphere in December 2011 and was never recovered.

The probe was to have been driven by an ion motor similar to the NASA Deep Space 1 probe and was to have carried the Chinese satellite Yinghuo-1. , but its rockets failed and it eventually fell back to Earth. 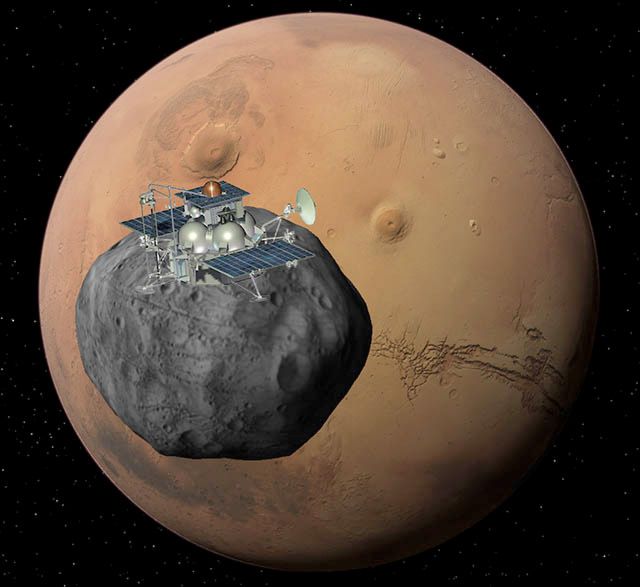