The constellation of Orion is a constellation in the winter sky bearing the name of the hunter in Greek mythology it is supposed to represent in the sky. The brightest stars form a large rectangle with the most remarkable stars being the red giant Betelgeuse (marking the right shoulder) and the blue giant Rigel (marking the left knee) which are diametrically opposite each other. At its centre are three bright blueish stars marking the hunter's belt; these are often called "The Three Kings". The two most remarkable stars in this magnificent constellation in the winter sky are Betelgeuse (top left) and Rigel (bottom right). Betelgeuse is a red giant with an orange gleam. Rigel is a blue giant that appears here as a white spot with a blue halo.

In this long-exposure image, you can see that the constellation is rich in red or pink nebulas of ionised gas: at the top right, a halo surrounds the star λ Orionis; at the bottom left, a large reddish arc (called Gould's belt) marks the edge of a gigantic bubble of ionised gas; on the left of the three stars forming the belt is the famous seahorse nebula, of which the shape cannot be made out here; finally, in the lower half you can see the famous Orion nebula which here is over-exposed and white.

The photograph was taken with a camera fitted in parallel on to a telescope. Exposure time 15 min. on 400 asa film, 55 mm objective at f2
(photo by Michel Marcelin - Reproduction and use prohibited). 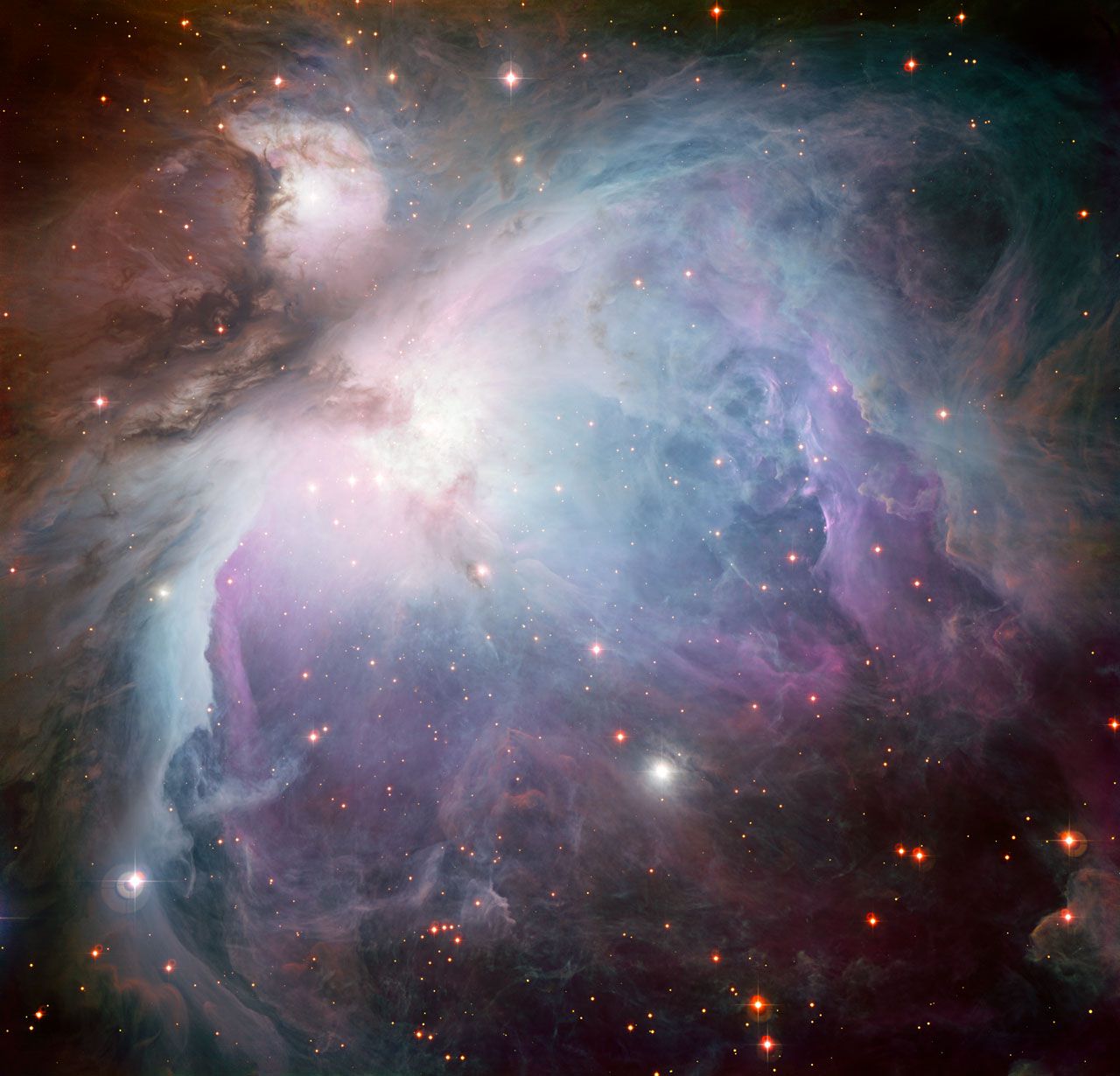