The Oort cloud is a sphere (and not a ring) formed from comets (which are frozen and therefore inactive and invisible), surrounding the solar system at a great distance. It could contain from 1000 to 2000 billion comets at 0.25 to 0.5 light-years away (1500 to 3500 AU). It could even stretch out to 1 light-year, i.e. at the gravitational limit of the solar system: just a little further the comet would be more strongly attracted by another star.

The Oort cloud is therefore composed of small objects (from a few kilometres to a few dozen kilometres) at a much greater distance from us than the furthest planet. As long as the objects in the Oort cloud remain very distant in regions where it is extremely cold (a few kelvins, around -250°C), they show no activity. Their albedo is very weak (they reflect very little of the feeble light they receive from the Sun) and they are totally impossible to observe. For a long time to come our Oort cloud will be inaccessible to instruments. But paradoxically it might be possible to observe the Oort clouds of other stars! The cloud observed around β Pictoris could be of this type, composed of comets. This is because in this star's spectrum strong absorption lines for water vapour can be seen which can be interpreted as the evaporation of the comets destroyed by the star.

At these distances comets are very sensitive to the least disturbances (a nearby cloud of gas and dust or a star) which can send them out of our solar system or make them fall towards the Sun. In this case they appear to be new comets. Their orbits are highly eccentric with the aphelion in the Oort cloud and the perihelion in the vicinity of the Sun. The comet spends most of its time very far from the Sun, where it is frozen. It only remains close to the Sun for a few weeks to a few months. Although it melts quickly close to the Sun, as it spends little time there its lifespan is quite long. A comet loses a maximum of several tonnes of water per second. 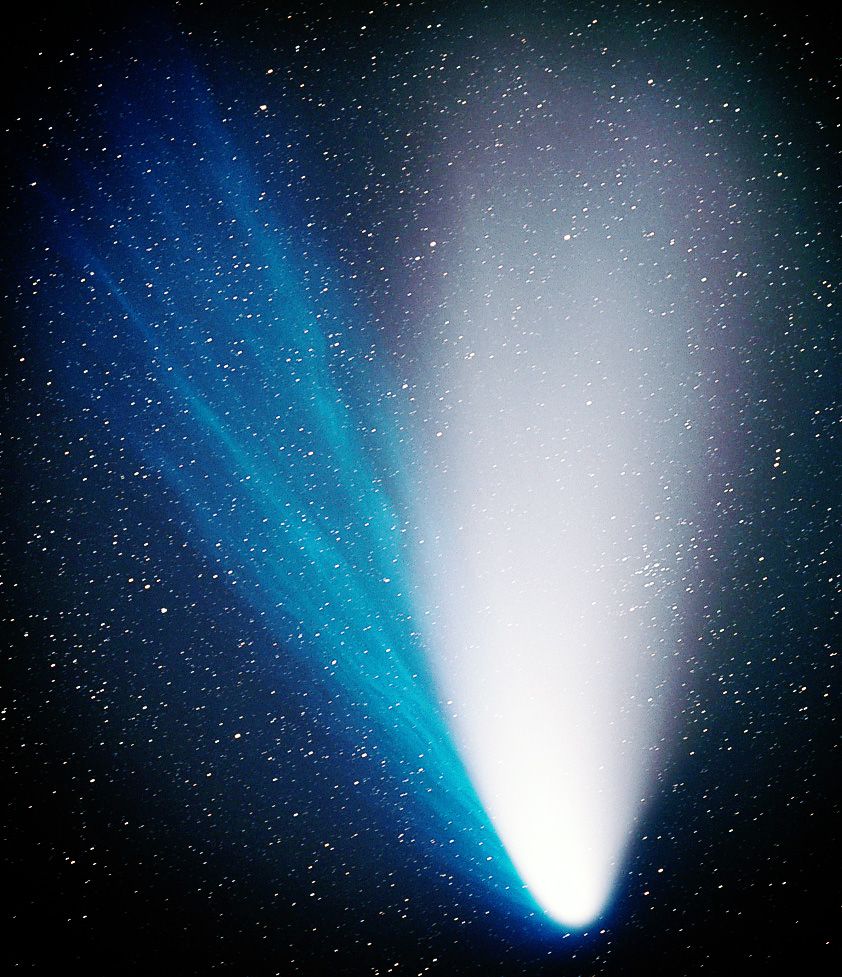