The heart of a supergiant star that has collapsed during a supernova explosion acquires such a high density that protons and electrons combine to form neutrons. The body that forms thus becomes a sort of giant atomic nucleus composed mainly of neutrons, hence the name of the star.

Most stars of between 8 and 60 solar masses end their life in this way, leaving behind them a neutron star of about 1.4 solar masses.

Structure of a neutron star

A neutron star has a radius of about 10 kilometres and has an extraordinary density - a teaspoonful of matter would weigh hundreds of millions of tonnes. The structure of this star is actually complex and we do not have a very good idea of the exact composition of its core. Neutron stars are sometimes also pulsars when they emit periodic radio pulses towards Earth. Magnetars are neutron stars with a particularly intense magnetic field. 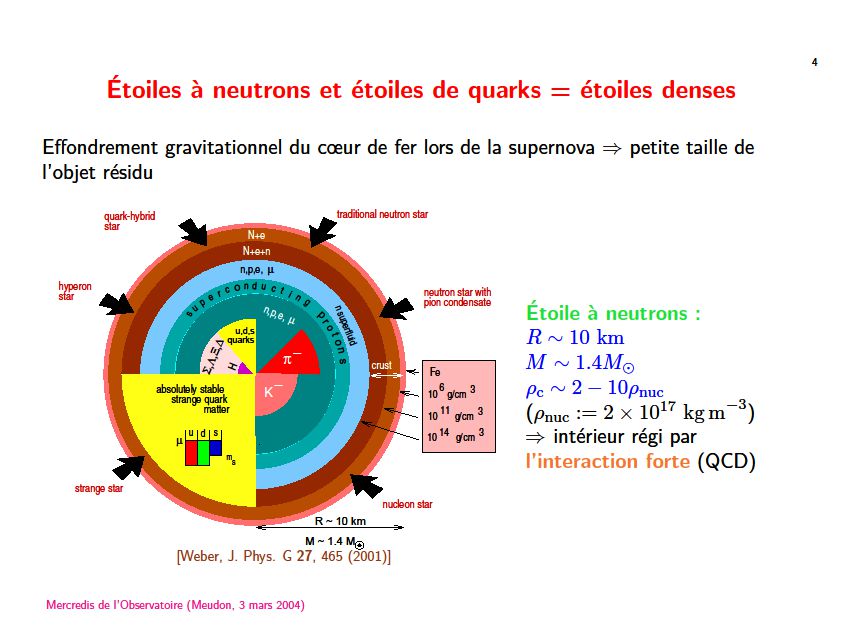 Various models of the composition of the interior of a neutron star. © Fridolin Weber and Éric Gourgoulhon