The nEUROn project was launched by the French Ministry of Defence during the 2003 le Bourget show. nEUROn is a technology demonstrator: it is not a response to any military need, but it will allow the application, incorporation and validation of existing or future technologies for unmanned fighter aircraft.

Its purpose is not to carry out military missions but to demonstrate the maturity and effectiveness of technical solutions.

From the start of the programme, the French authorities wished to make the nEUROn technology demonstrator part of Europe's defence system by opening it up completely to cooperation. This is why half of the workload will be handed over to non-French industrial partners.

After consultation with numerous European countries, at both government and industry levels, the industrial team that has been created meets these criteria, offering the best guarantees for the success of the project. The team is made up (in chronological order of the signature of the agreements) of:

* SAAB (Sweden) which is handling the general shape, the fitted out fuselage, the avionics, the fuel system and part of the test flights;
* Hellenic Aerospace Industry (HAI) (Greece) which will be in charge of the rear section of the fuselage, the nozzle, and the test benches;
* EADS (Spain) which will provide its experience on wings, the ground section and the incorporation of the data link;
* RUAG (Switzerland) which will conduct wind tunnel tests and the interfaces between the platform and the armaments;
* Alenia (Italy) whose contributions to the project include a novel internal armament bay concept (Smart Weapon Bay), together with the design and manufacture of the platform's electrical system, the anemometry and some of the flight tests.

Apart from its overall management of the project, Dassault Aviation is in charge of the general design and architecture of the system, the flight controls, the final assembly and the ground and flight tests.

Currently, the Memoranda of Understanding on the sharing of work between the various European manufacturers had been signed. The industrial partners began working on the concept definition and the feasibility of the technology demonstrator with the first flight scheduled for mid-2010. 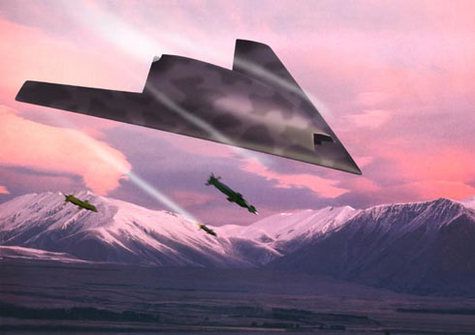