A moon with a lower case " M" is a satellite of a planet. For example Phobos and Deimos are the two moons of the planet Mars.

The Moon with an upper case " M" is the Earth’s only natural satellite; it is doubtless the result of a collision 4.4 billion years ago between our nascent planet and a small celestial body called Theia. When they observed it over a long period, people noticed that it went through successive phases every 29.53 days, a cycle called lunation. Studying its surface with the naked eye, and later with instruments, they discovered that there were dark regions, the "seas", and light regions. The "seas" are great plains of solidified lava. This very fluid magma rose up from the depths after intense bombardment of the Moon by asteroids about 4 billion years ago. Lava effusions ceased about 1 billion years ago. Only the highest regions escaped this filling action. These are the light regions where through a telescope you can see very many crater impacts and several mountain chains. This scenario was corroborated by the analysis of samples of lunar rocks brought back by the various Apollo missions between 1969 and 1972.

It was thought that the Moon was geologically inert and devoid of interest but in the last few years, various orbiters have detected reserves of water at the lunar poles. This water was almost certainly brought by comets and was conserved at the dark and frozen bottoms of craters. 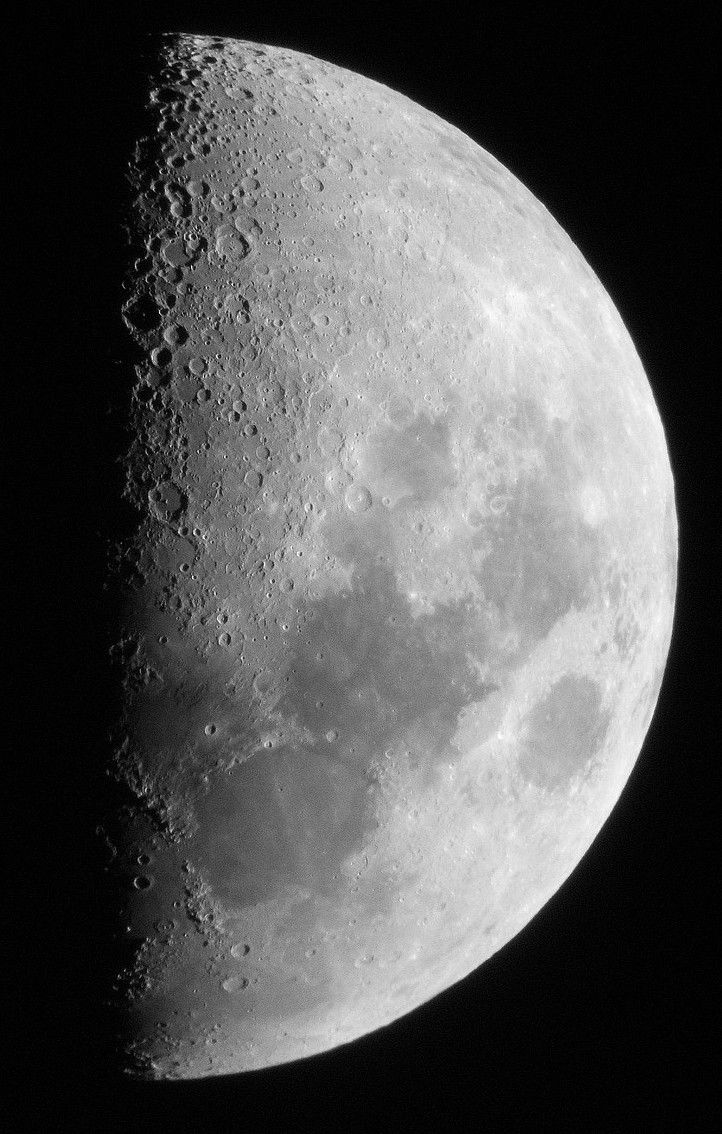 The first quarter of the Moon through a telescope reveals the false seas and craters of our satellite. © J.-B Feldmann