The magnetosphere is a space surrounding the Earth beyond the ionosphere starting at a thousand kilometres from the Earth's surface and extending up to the magnetopause that separates it from interplanetary space. The Earth's magnetic field lies in this space, confined by the action of the solar wind; it protects the Earth from being bombarded by ionised particles in the solar wind. 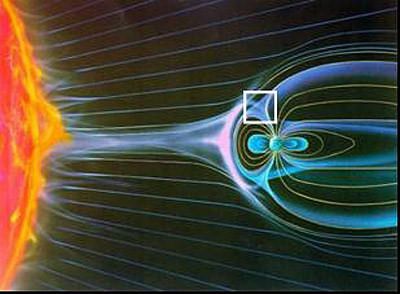