Lisa, or Laser interferometer space antenna, is a joint ESA/Nasa experiment project to detect gravitational waves in space using an interferometer made up of three vessels travelling through space at the vertices of an equilateral triangle.

The three vessels, which will be launched in 2015 by a Delta IV rocket, will be placed at a distance of 5 million kilometres in equilateral triangle formation. Together they will act as a Michelson interferometer and will measure the distortion of space caused by passing gravitational waves. 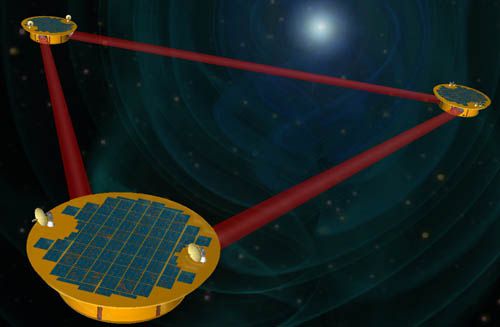