The Jason-1 mission was designed by the CNES and NASA to measure the level of the oceans very accurately (to a few centimetres). It continued on from the Topex-Poseidon mission and should make it possible to monitor and forecast climate change.

The Jason-1 satellite was launched on 07 December 2001 from the Vandeberg (USA) base by a Boeing Delta II rocket. This has now been followed by OSTM/Jason-2 (Ocean Surface Topography mission), launched on 20 June, 2008.

Jason-2 monitors 95 percent of Earth's ice-free ocean every 10 days. It is working in tandem with Jason-1, which has been moved to the opposite side of the Earth.

To measure ocean topography, JASON-2 is equipped with radar altimeters. Microwave pulses are sent to the ocean and their return is timed. Water vapour in the atmosphere may cause errors, which are corrected by a microwave radiometer. Real time location and accurate orbital positioning are provided by the DORIS tracking system (Doppler Orbitography and Radiopositioning Integrated by Satellite). An instrument called T2L2 (Time Transfer by Laser Link) is used to synchronize atomic clocks at ground stations, and to calibrate the Jason-2 DORIS instrument on-board clock. 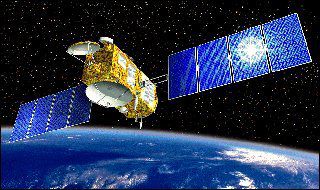