Hydra is the familiar name of Pluto's moon S/2005 P 2 discovered in May 2005 by the Hubble space telescope. It is named after the Hydra of Greek mythology, a nine-headed creature slain by Hercules. 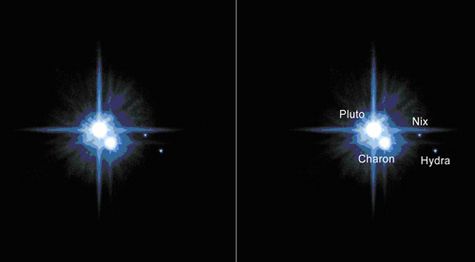 The Pluto system with its three moons, Charon, the closest, Nix and Hydra, the furthest. (Credits: NASA / STScI)