The fruit of an unprecedented collaboration between the European Space Agency ESA and NASA, the Hubble telescope has had an enormous scientific impact. The incomparably sharp images sent by the space observatory have allowed us to explore the depths of space and have revealed stupefying phenomena.

Hubble was placed in orbit on 24 April 1990 by a space shuttle. It was designed to answer the main questions that preoccupied scientists at the time. The telescope is 13.3 m long and 4.3 m in diameter. It weighs over 11 tonnes. Its Cassegrain type reflector has a diameter of 2.40 m and is equipped with two photographic chambers, two spectrographs and a photometer.

Although Hubble's contribution to astronomy has been considerable, this first of the larger space telescopes is showing obvious signs of wear. After the final service mission, which was in 2009, Hubble is expected to continue to function until at least 2014. During the final mission, which was filmed, new instruments were taken up and other instruments replaced. A mechanism was installed to allow safe de-orbiting of the telescope at the end of its lifespan.

Its successor, the James Webb space telescope, should be launched in 2018. 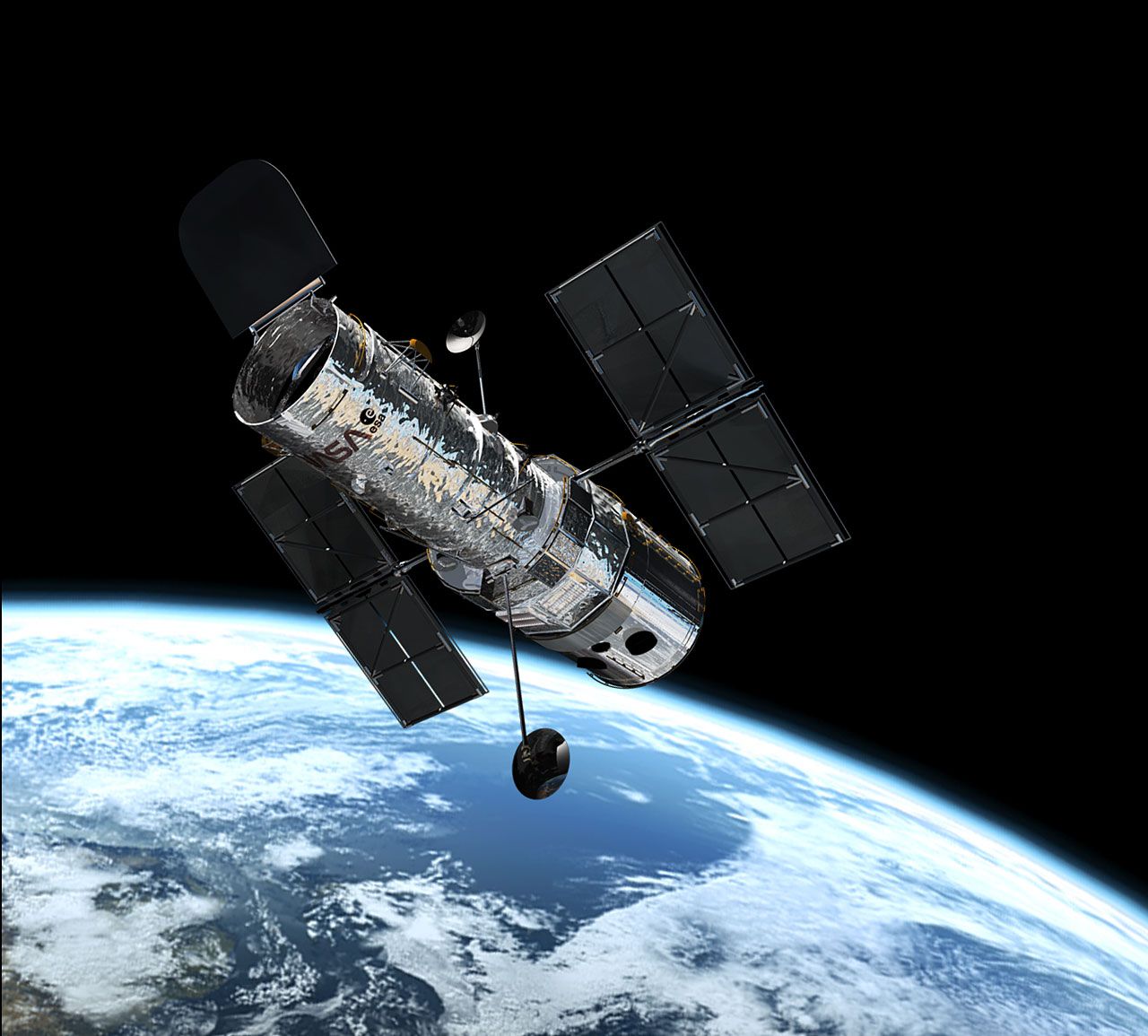