The stars, dust and interstellar gas held together by gravitation.

The galaxy that the solar system belongs to is the Milky Way. The nearest galaxy to the Milky Way, Andromeda, is 2.3 million light-years away. Our galaxy has two small satellite galaxies, the Large and Small Magellanic Clouds, at around 150 000 and 200 000 light-years.

The collections of galaxies that we observe in the universe are called clusters and super-clusters.

Galaxies come in many sizes (from 2000 to 500 000 light-years in diameter) and shapes. There are elliptical galaxies, spiral galaxies, lenticular galaxies and others with irregular shapes. Radiation from galaxies enables us to divide them into normal galaxies and active galaxies, among which are the quasars.

Spiral galaxies like the Milky Way are the commonest. They are in the shape of a disk rotating about its centre, the nucleus, which is very dense and surrounded by a low density halo. The disk is often extended by one or two spiral arms composed of stars, dust and gas.

According to theories of star formation, stars, which number hundreds of billions in galaxies, are made by the condensation of molecular gas clouds. With this phenomenon, the gas in the interstellar medium tends to be rarefied during the evolution of galaxies. Gas is virtually absent from ancient galaxies at the confines of the observable universe. The positions and trajectories of stars depend on the category to which they belong. 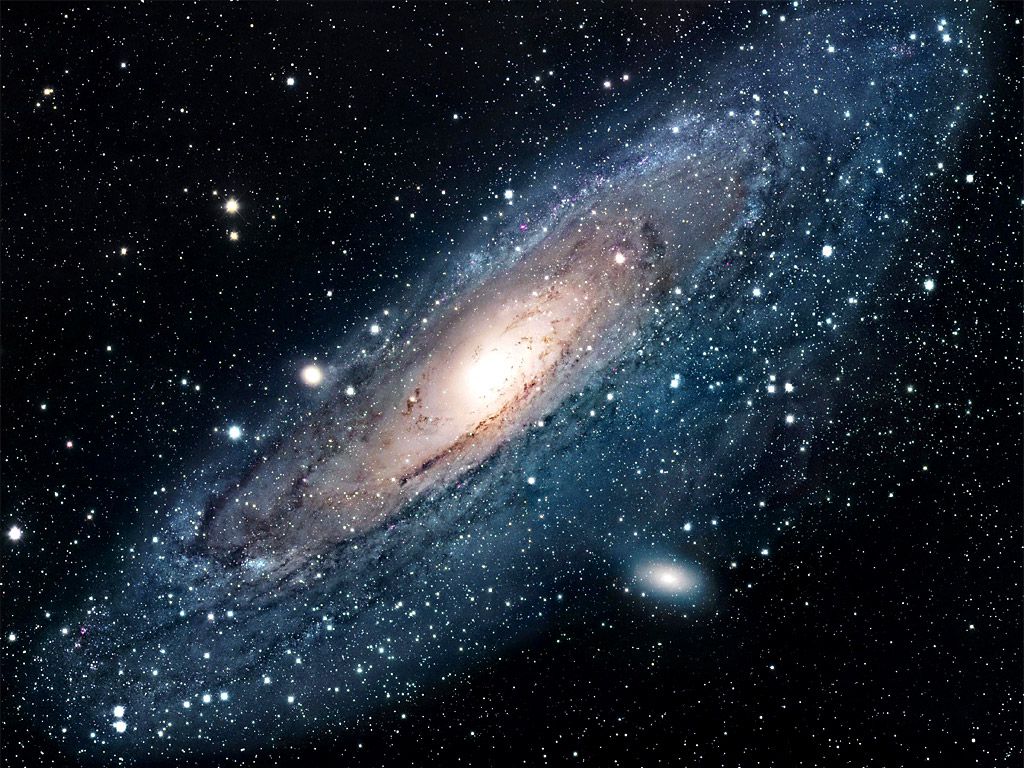