The equatorial coordinate is the most widely used system of coordinates used by astronomers. It is equivalent to terrestrial coordinates of latitude and longitude projected on to the sky, but here longitude is called Right Ascension and latitude is called Declination. For historical reasons, Right Ascension is not measured in degrees but in 'hours' - 24 hours being equivalent to 360 degrees. Another of the system's complications arises from the fact that the coordinates vary slowly over time - the positions of the stars in 1950 are, for example, slightly different from those in the year 2000. 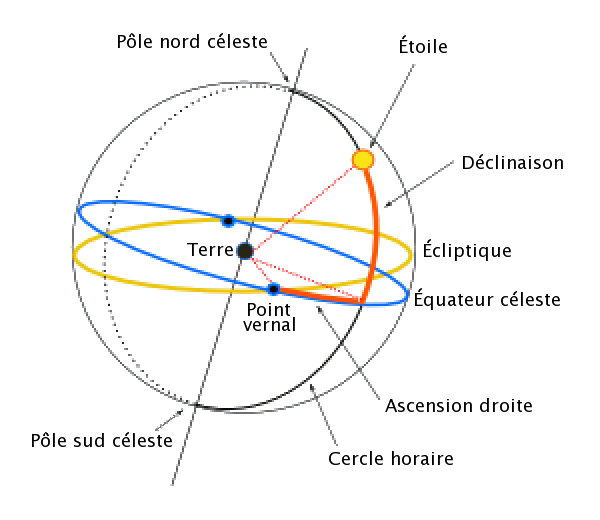 Equator of a celestial body

Equatorial coordinates of a direction