The dynamo effect refers to a set of theories to explain how a magnetic field is generated in a celestial body such as the Earth.

It is the self-generation of a magnetic field by a conducting body moving in an initially weak or zero magnetic field. The idea is that a current producing a magnetic field is itself produced by the magnetic field that it generates, in the same way that a dynamo produces current. This is sometimes called a self-exciting dynamo in this context. Many physicists have tackled this question, but the first sound theoretical results were not obtained until the fifties and sixties by researchers such as Eugène Parker and, mainly, Stanislav Braginsky.

It was first applied to the Earth, and the same process would explain the magnetic fields of the Sun, the planets and other bodies in the universe such as galaxies and magnetars.

A collaboration of various researchers, VKS, recently managed to reproduce the effect, which in the Earth must begin in the liquid ferrous core, from liquid sodium rotating turbulently.

But in spite of this, the theoretical understanding of this phenomenon is still not perfectly understood and there remain areas of uncertainty. 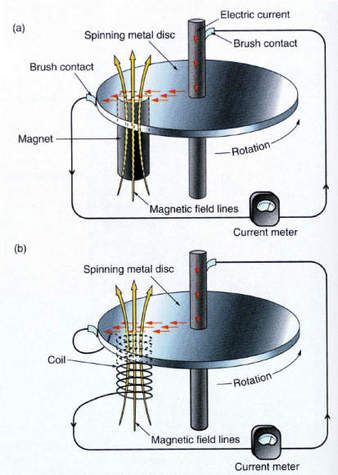 Diagram showing the principle of the self-exciting dynamo to explain the Earth's magnetic field and that of other bodies (Credit: Seth Stein).