Delta IV is the latest family of launchers developed by Boeing in partnership with the US Air Force. Its purpose is to give the United States wide access to space.

The launchers in the Delta IV family can launch one or more payloads during the same mission mission, in low orbit, polar orbit, transfer orbit, geosynchronous orbit or Sun orbit.

The first stage of all the launchers has an RS-68 liquid oxygen liquid hydrogen engine and a variable number of boosters, and the second stage has a Pratt &amp; Whitney RL10B-2engine. There are two sizes of fuel tank. 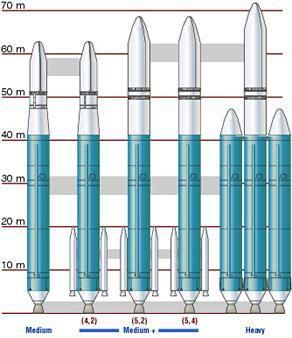