Placed under the responsibility of the Jet Propulsion Laboratory, the NASA centre in charge of interplanetary exploration missions, the Deep Space Network is a network of parabolic antennas spread over the surface of the Earth and set up by NASA to communicate with interplanetary probes launched to the four corners of the solar system.

It is composed of three listening stations placed at 120° from each other to take into account the rotation of the Earth. With this arrangement, there is always a station positioned on the axis of a probe. The three Deep Space Network installations are in Goldstone in the Mojave desert (California), Canberra (Australia) and Madrid (Spain).

Note that this network is not only used to follow American probes. Other space agencies over the world, such as the European Space Agency, can benefit from this infrastructure to communicate with their own vessels. With its multiple antennas, the Deep Space Network can also carry out radio and radar observations of the solar system and the universe. Finally, it sometimes supports satellites in terrestrial orbit. 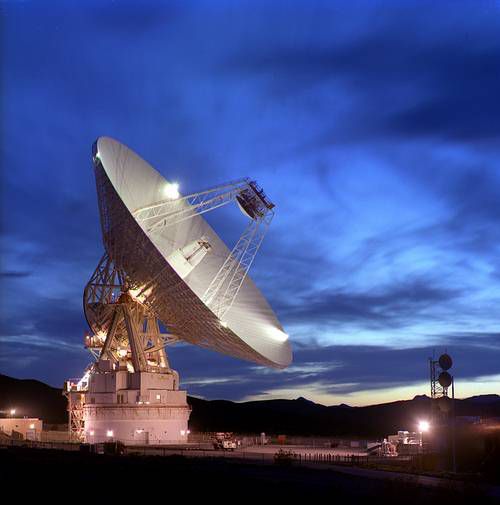