Supersonic aircraft with a cruising speed of Mach 2.04 at an altitude of 15 650 metres. It had a delta wing and after-burn engines. Its first commercial flight was on 21 January 1976 and, following a tragic accident in 2000, its flights were suspended. Its last flight was on 26 November 2003. Concorde flew for the first time on 2 March 1969, for 42 minutes, at the maximum speed of 463 kilometres per hour.

In fact, it was in 1959 that the first tentative designs for a supersonic plane were made, to succeed the ill-fated Comet, with the BAC (under the leadership of Dr. Archibald RUSSELL, its technical director and the British government wanting to develop 2 projects: one for 50 passengers at Mach 2 the other for 100 passengers at Mach 1.2, the "Bac 223".

In France it was around 1960 that the companies Sud/Nord Aviation and Marcel Dassault also had the idea of a Mach 2 medium haul aircraft, the "SuperCaravelle". Finally, Sud Aviation with its director Louis GIUSTA, was to be the main project leader on the French side.

On 13 January 1963, De Gaulle officially gave the name "Concorde" during a general policy speech. The English name was changed to "Concord" but later the "E" was reinstated. On 24 October 1963 the first full-scale wooden model was presented at Filton. This model was to aid the design of the layout of various pipes. CEAT in Toulouse also received a wooden model for various arrangements in the fuselage.

On 21 September 1979, the British and French governments agreed to halt production of the aircraft. At Toulouse and Filton, the assembly lines stopped, nearly twelve years after the first prototype came out. In all, 16 aircraft and 88 jet engines were built. The five unsold Concordes were allocated to the operators in the two countries: British Airways, which owned five Concordes, acquired two for a symbolic £1 each while Air France, of which the fleet was 4 Concordes, acquired three for a symbolic 1 franc each.

On Tuesday 25 July 2000, an Air France Concorde crashed at Gonesse, in the Val d'Oise, with a hundred people on board. During takeoff on runway 26 of Paris Charles de Gaulle airport, just before rotation, the front right tyre of the left landing gear was damaged and pieces of the tyre were thrown against the structure. A major fire broke out under the left wing. Engine problems appeared shortly afterwards in engine 2 and momentarily in engine 1. The plane could neither climb nor accelerate. The crew became aware that the landing gear was not retracting. It flew for about one minute at a speed of 200 knots and an altitude of 200 feet. Engine 1 stopped. The aircraft crashed on to a hotel in La Patte d'Oie in Gonesse.

On 23 July 2005, after a four-year investigation, the judicial inquiry opened in the aftermath of the accident for "involuntary manslaughter and injury", ended with the publication of a report indicating two major causes: 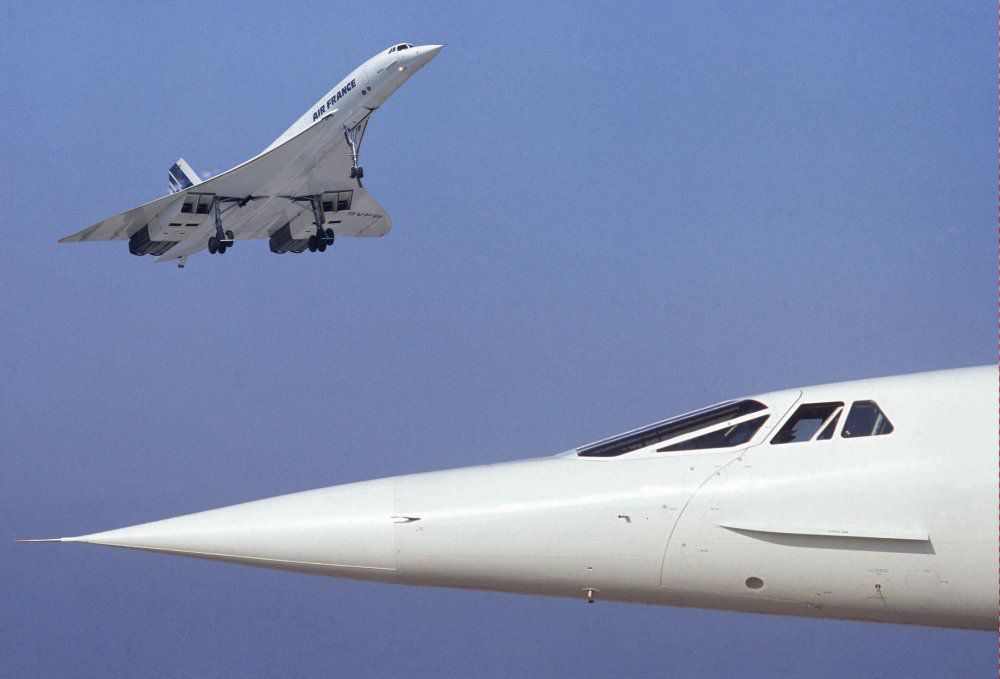